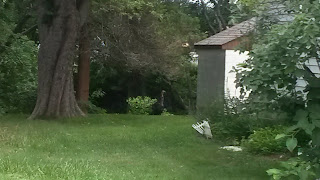 Little Turk was purposely  run over and injured, but he is doing better.

A Tornado of a Graduating Ceremony 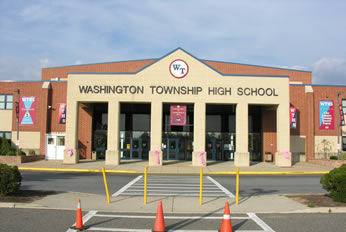 On Tuesday night, I accompanied my daughter, son-in-law, and my grandson to his high school graduation ceremony at the Washington Township High School. There were close to 600 graduates, so this will give you an idea of the size of the school. It’s freaking large. There were so many families there to celebrate the graduation that the attendees were split up into two auditoriums: the main one and one that was at the other end of the building.
Did I mention how big the Washington Township High School is?
You need GPS just to get from one end of the building to the other which is a quite an adventure for directionally challenged people like me. Thankfully, the staff and students were very helpful. Note of interest, on the long walk to the other auditorium, I noticed vending machines and bathrooms. I made a mental note of their location because I’m always in ‘Zombie Squad’ mode in case of emergencies and at my age; bathrooms are top of the list. 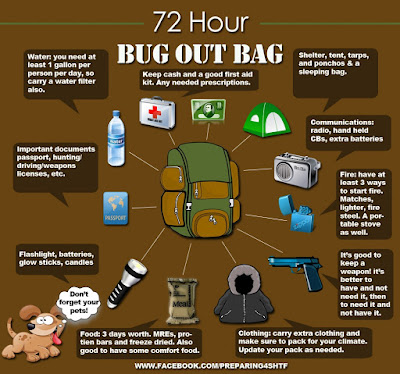 I brought my umbrella, silly me, thinking that the rain would just be a summer downpour.  Although my daughter and her husband were already seated in the main auditorium, I stood in line waiting to enter the smaller auditorium. Suddenly, the lights started blinking on and off, followed by flashes of lightning and booming thunder.


The rain and wind hit the school full force damaging one of their large canopies. Water was beginning to seep in through the metal doors close to where we were waiting to enter the auditorium. The wind continued to howl outside, plus none of our cells phones were working. I had no way to contact my daughter because texting only occasional worked. The maintenance crew did a great job keeping people calm and taking care of the water that had seeped in. Once we were allowed to enter the smaller auditorium, things calmed down and we were able to enjoy a beautiful ceremony.

I was surprised to learn that the high school was celebrating their big 50. A speech was given by one of the members of the graduating class of 1966. I think that was so cool to compare what the school was like when it opened its doors.


Before the ceremony was over, I decided to walk towards the larger auditorium, so I could locate my family before the mad dash of mass photo opportunities that I was sure would begin as soon as the graduates exited the main auditorium. 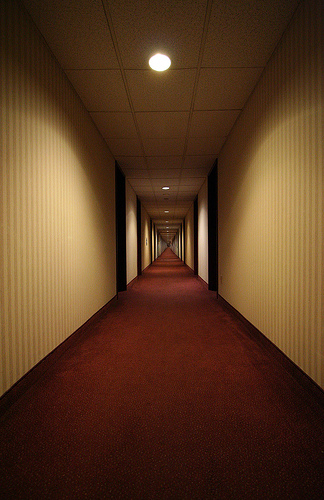 Did I mention how big the Washington Township High School is?


I was lost in an endless set of hallways that stretched onto forever. I’ve had nightmares like this; you walk and walk but never see the end of the tunnel. I turned a corner and bumped into another lost soul who was trying to find his way to the main hall. “Let’s stick together,” I said. 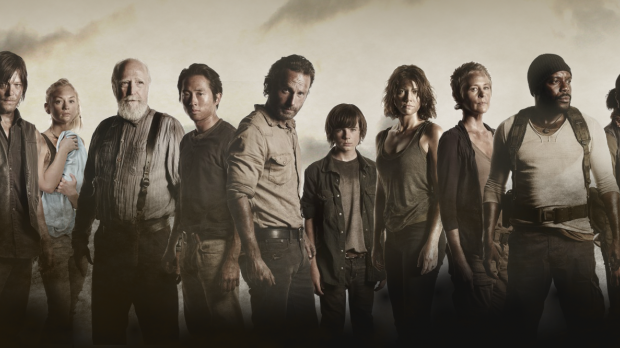 On our journey to the main hall, we began to see other lost souls, “Follow us,” we called out. At one point, our group had grown to at least ten strong. We began to resemble the cast of “The Walking Dead” All we needed was Michonne and her katana. I told my fellow travelers that if we couldn’t find our way out of the building, I knew where the vending machines were. Disaster preparation training comes in handy at all times. 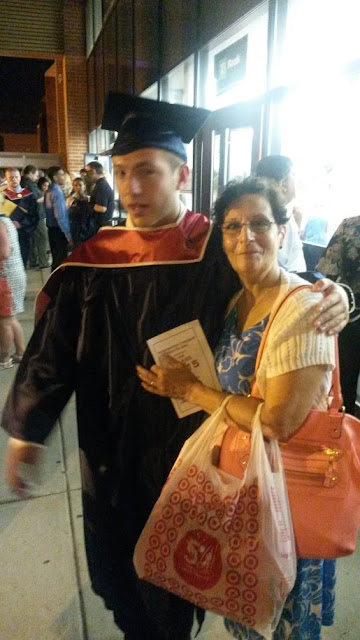 Finally, we heard voices; happy voices. We survived! After saying goodbye to my fellow travelers I found my family and we took pictures together. When it was time to drive home, we saw the damage that the storm had done. It was bad. Trees were down, power lines were down, no lights, no traffic lights. It was very scary making my way back home to Audubon. The trees in one section went down in a straight line. I was pretty sure we had been hit by a tornado, but the news stations says it wasn’t. 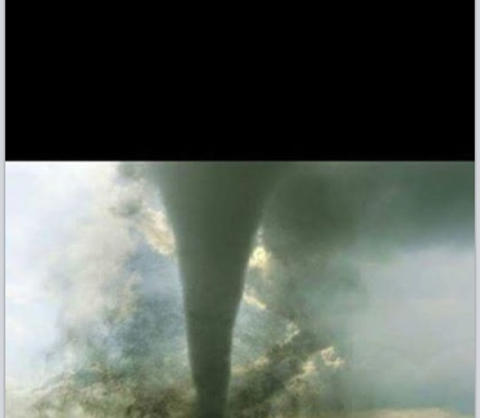 But a friend of mine took this picture from his home in East Greenwich/Mantua area. I'm thinking we had several small tornadoes across South Jersey, but I didn't see any other photos like the one from Mantua...still...the damage was similar. 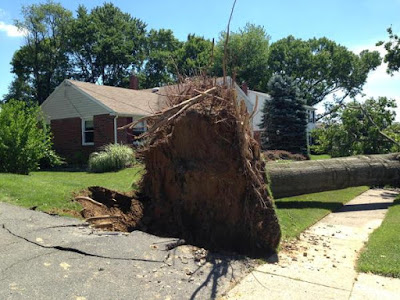 I told my grandson, Josh, that this was one graduation that I would never forget. I actually had fun in spite of the storm. When my youngest grandson is ready to graduate from the wonderful Washington Township High School, six years from now, I’m going to ask permission to use a Segway to get around the building. 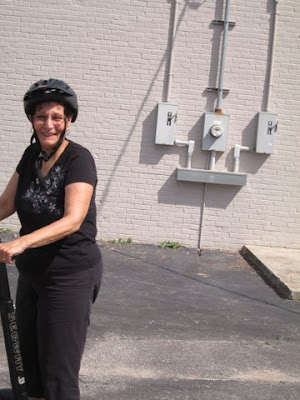 Did I mention how big that school is?
Posted by Marie Gilbert at 1:18 PM 2 comments: 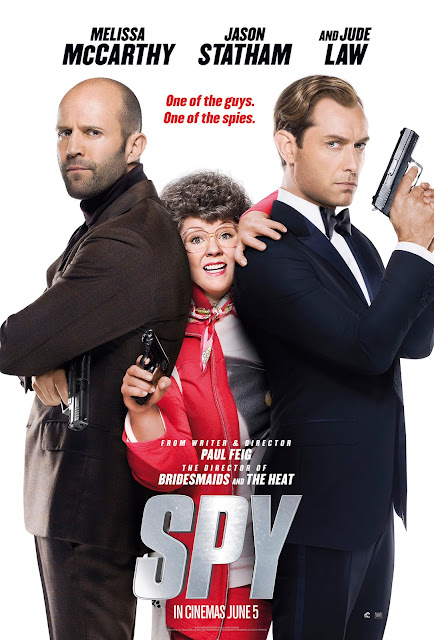 I’m not a big fan of Melissa McCarthy. I’ve never watched Gilmore Girls or Mike & Molly, but I did see her in The Heat with Sandra Bullock and in Identity Thief with Jason Bateman. I wasn’t that impressed. Tonight, my opinion of Melissa McCarthy changed, and for the better. 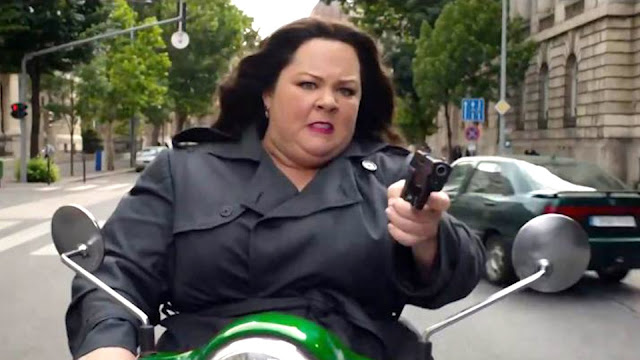 My daughter and I went to see her new film, Spy, starring Jude Law, Jessica Chaffin, Rose Byrne and Jason Statham. The film, directed by Paul Feig, played out just like a real James Bond film with plenty of intrigue, assassinations and explosions to make everyone happy. 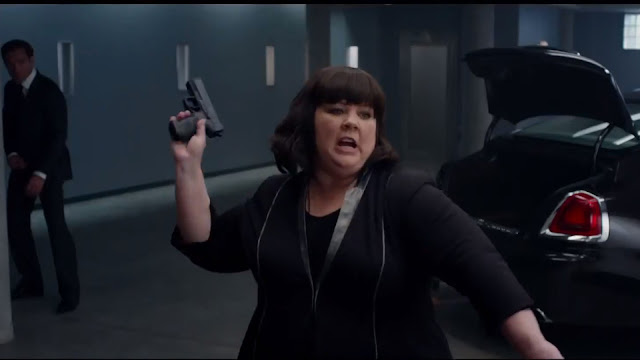 Maybe, it was the director, or maybe, Melissa had found her niche in films, but whatever it was; I truly enjoyed her performance in this film. She wasn’t so over the top with her cursing or rudeness that can sometimes be overwhelming. She was just perfect with her one-line zingers and, the interaction between her and Jason Statham was one of the highlights of the film. 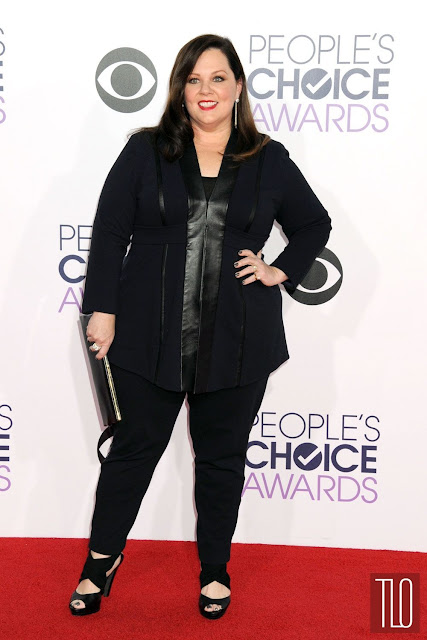 My daughter and I laughed so hard, we want to go back and see Spy a second time. This movie is definitely perfect for a girls’ night out. I’m sending out the call to all my female friends and relatives to join me for a night at the movies spent with the talented Melissa McCarthy. It’s a blast!!!
Posted by Marie Gilbert at 8:29 PM No comments:

Great Times at the Supernatural Signatures in Burlington 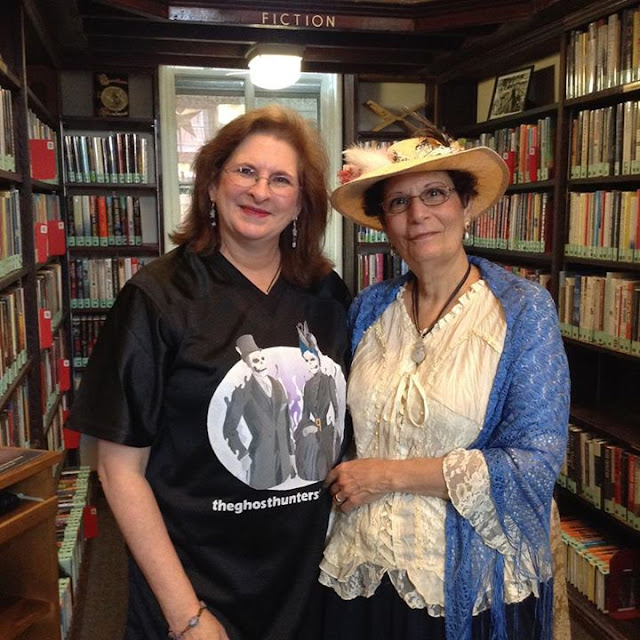 
This past Saturday, June 6th, good old Steampunk Granny, was invited along with several authors to take part in the Supernatural Signings Event held at The Library Company of Burlington. Located on 23 West Union Street in Burlington, NJ, this historic and beautiful library was chartered in 1757 by the British monarch King George the Second and to this day still continues to operate under this charter. http://www.librarycompanyofburlington.org/ 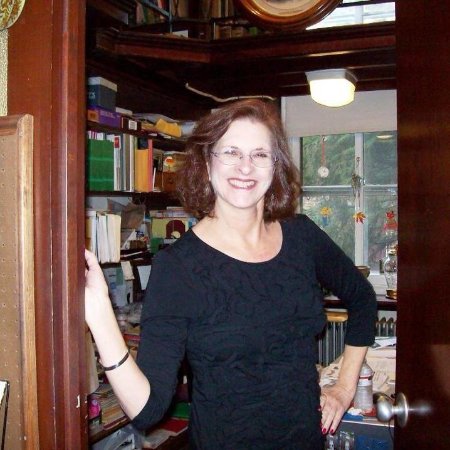 The Supernatural Signings Event was overseen by the Library Company’s Director Sharon Vincz, who made sure that all the authors were easily accessible to the many visitors joining us that day. It was a great experience for both authors and readers. 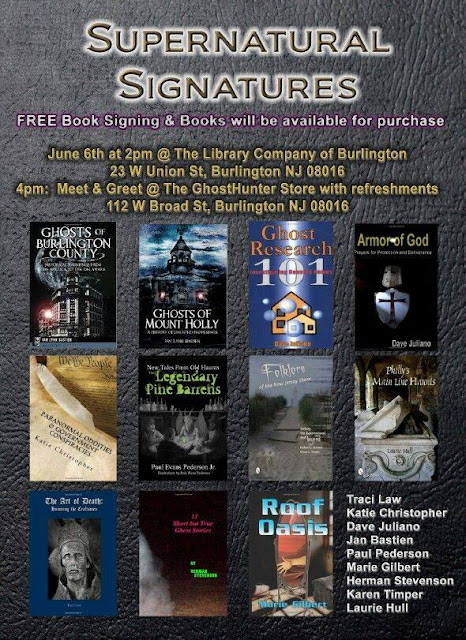 Most of "Marti's Angels" were there to give Granny and the other authors lots of love and support. Later that afternoon the event was moved over to The Ghost Hunters Store located at 112 W Broad Street, Burlington, NJ. where refreshments were served and visitors had a chance to learn about ghosts and the owner, Dave Juliano 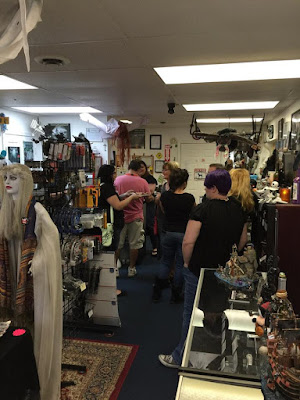 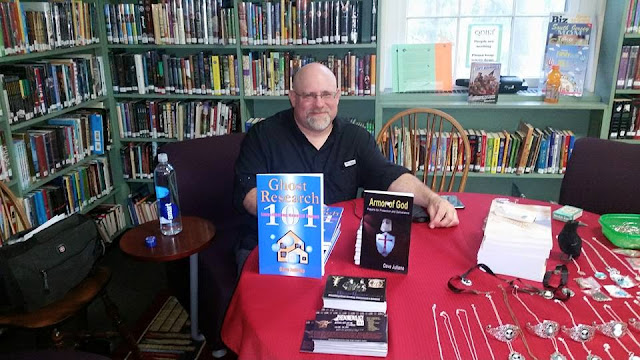 Dave is the owner of the store and has been a researcher in this field for over 28 years and he created the very first paranormal website on the internet back in 1994, The Shadowlands. He is also the Director of South Jersey Ghost Research/Sanctuary Paranormal which has been helping people with problem hauntings since 1955. He is the author of “Positive Energy for Haunted Homes”, “Ghost Research 101: Investigating Haunted Homes” and “Armor of God”. Feel free to visit the Dave’s bio page, The Shadowlands, Ghost Hunting 101 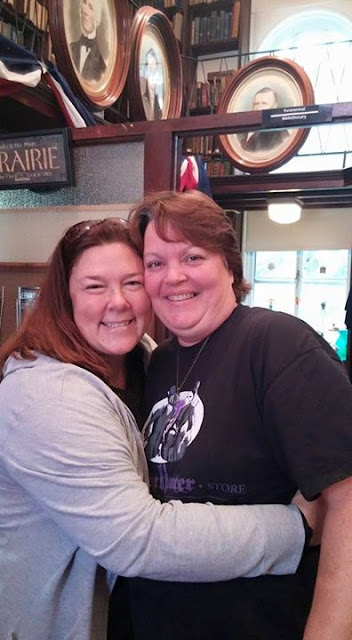 
Marti Haines is a Psychic Medium, Reiki Master and the Assistant Director of South Jersey Ghost Research/Sanctuary Paranormal. She is also the Store Manager of the NJ store in Burlington NJ. http://theghosthunterstore.com/
Authors: 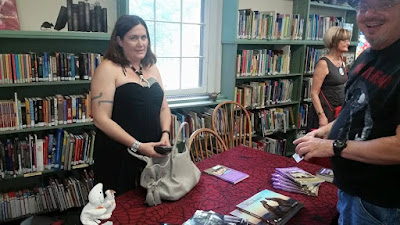 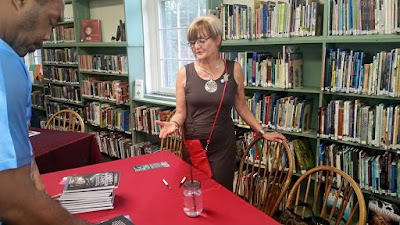 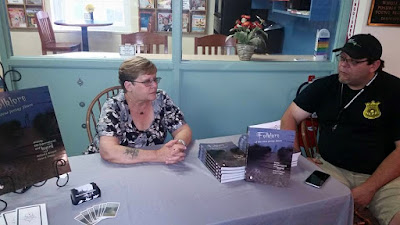 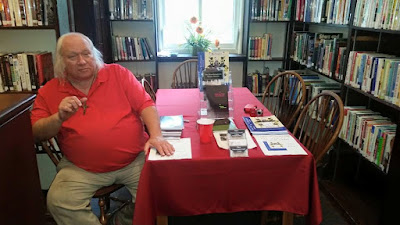 Some of Marti's Angels: 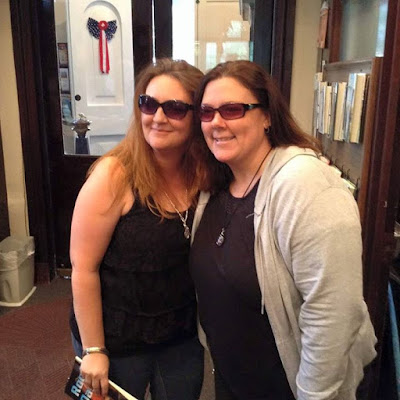 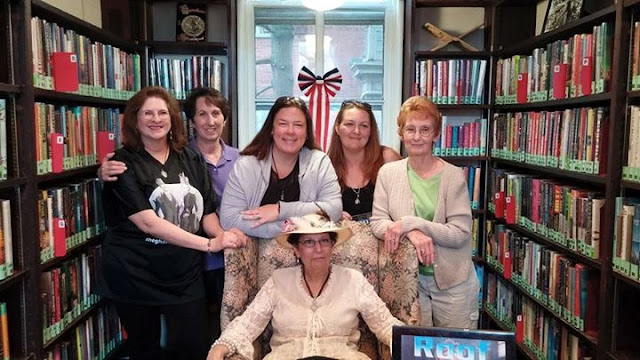 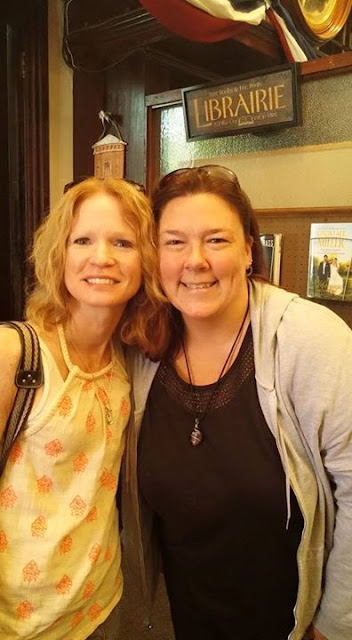 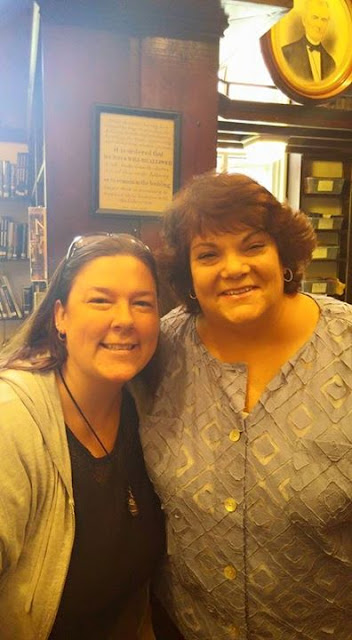 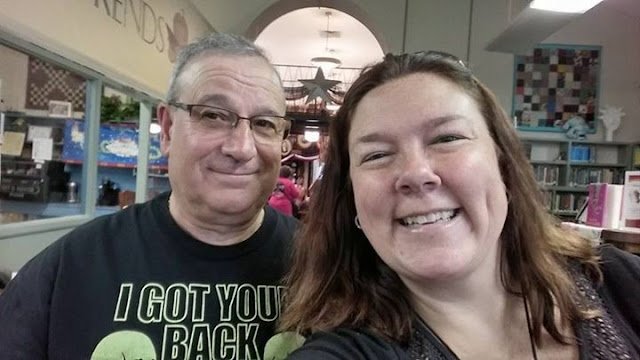 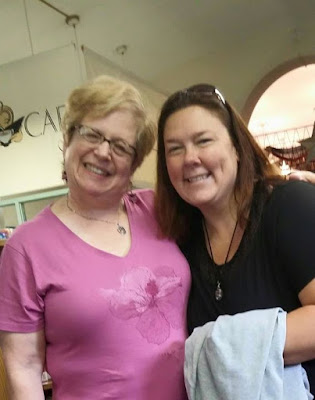 Posted by Marie Gilbert at 7:25 PM No comments: