Show a little love for your Zombie

This is a strange blog, but be patient and I'll explain the title of this post.

Thursday night at 10 p.m. I went to the midnight showing of Breaking Dawn part one, based on the fourth of the Twilight books. I went with my daughter ReRe, and my niece Beverly, great niece Samantha, and their friends. You'll realize how devoted we are to the Twilight movies when I tell you, we have been to every midnight opening for every movie.

I and my daughter are Team Edward, while others in our group lean towards Team Jacob. What can I say, I love the books and the movies. I enjoy the feelings of togetherness at these midnight showings. Everyone is happy, and strangers act like old friends while at the theatre, all is well in the world. I'm also a True Blood fan, enjoying the books more so than the HBO version, but let me return to my title.

The next day, which was Friday, I picked up the three grandsons Jimmy age 17, Joshua age 15, and Nathan who is 9 but thinks he's 21. I took them out for ice cream and while waiting for our order we talked about the movie.

"Don't worry, no one sparkled last night...but," I replied, and then updated them on what happened in the movie.

"Were the monsters always handsome, and did they have fan clubs for vampires when you were young?" asked Nathan.

"Well...no...they were scary and ugly. We never thought of them as handsome," I replied and then began to think of the movies which were showing when I was the age of the boys.

When my sisters, brother and I would go to the Broadway Theatre on Broad and Snyder in South Philadelphia on a Saturday afternoon, we went there to be frightened, and believe me, we got our money's worth. You paid fifty cents to watch two films and a cartoon. The vampire movies we watched were either the old ones with Bela Lugosi, or a newer version presented by Hammer Films showing Christopher Lee as Count Dracula. These actors portrayed Dracular as something to be feared and not viewed as a lover. Sorry to say, there was no team 'Bela'.

Even later, the vampires and werewolves on film and in books were the things which kept you awake at night, and trembling under your covers. Here is just a small sampling: Nosferatu, Salem's lot, Lost boys, Fright night, American werewolf in London, and Dog Soldiers.

"So grandmom are the zombies in your second book going to be sexy?" Joshua teased.

"Who would love a zombie?" I asked, telling them about the best zombie movie ever, "The night of the living dead" a film by George Romero released in 1968.

"Well, they can be funny. You liked Shaun of the Dead," Jimmy reminded me.

"Funny, yes. Sexy, no," I said, my mind working on how to present a likable zombie.

The older boys are into the Walking Dead, a well written zombie show, and as I noted in my past blogs, are into the zombie apocalypse. I've recently joined a group, which use the premise of a zombie uprising,to teach large groups to prepare for all types of natural disasters, such as Katrina. We can't always depend on the Government to help, especially if all lines of communication are down.

"It would be easier to make a toothache look like fun," I mumbled, but after spending some time thinking about the poor mindless rotting lumps of flesh, who would play a part in my second book, I promised the boys I would do my best to add some personality to my zombies.

"So lets hear it for the Zombies! They're dying to love you, as their next meal. Share a little love with them."

GilbertCuriosities: I hate to cook, but love to eat

GilbertCuriosities: I hate to cook, but love to eat: Normally when I post, I try updating my facebook friends of my continuing search for an agent, but this week, I needed to vent about cooking...
Posted by Marie Gilbert at 1:31 PM No comments:

"Don't talk to strangers", a warning spoken by many parents, in their attempt to prepare their children for the predators whose path they may cross, but I often find myself on the receiving end of this vital mantra.

This is usually said by my daughter, when we are out together. How did I land in this position of constant scrutiny, you are most likely asking yourself?

Well to be be fair, I have caused her enough embarrassment over the years to warrant her frustration because of my free form practice of a social butterflying.

I am a people person and find it rather effortless to begin conversations with anyone at any given moment, unless of course my first impression of you is warning me that you are a (Dexter in the making) which will cause me to keep my mouth shut and eyes averted.

"Stop talking to people," she would plead, face red, as I explained to the woman next to me on the Septa bus, my daughter's unhappiness with the doctor we were on the way to see.

"But, you learn so much by taking the time to converse with people," I replied, but her steady stare showed she did not agree.

"Do you have to talk to everyone, and stop telling them about my business," she admonished as we exited the bus, followed by a chorus of "Good luck."

Her views of my networking slowly changed as the information I gathered from strangers even helped find a doctor, she was happy with.

Now, when we are together at the mall and she is unable to find me, she sends the boys to search with the instructions, "Look for a group, deep in conversation, Grandmom is probably there."

The extent of my networking came in effect last November, as my oldest granddaughter and I tried to get some last minute shopping done. It was a weekend, the mall crowded, tempers short, and we had entered Hot Topics, to buy a gift card.

"Hi grandmom," the young man at the register called out, when he caught sight of me.

"Is he related to us?" she asked as he ran over a gave me a hug.

"No, we became friends, after he asked me for advice, the last few times, I shopped here," I replied.

"Stop talking to strangers," she whispered, adding "It's not safe."

"He's not a stranger anymore, and my advice helped him," I countered, as my purchase was handed to me, with an extra hug from the sales person.

All in all, I think my family has finally come to terms and acceped, although hesitantly, my ability to talk so easily with others, and they know it's not that hard to find me when we are out, I'm usually busy in a lively conversation with another fellow traveler on this big blue globe.
Posted by Marie Gilbert at 7:21 AM 7 comments: 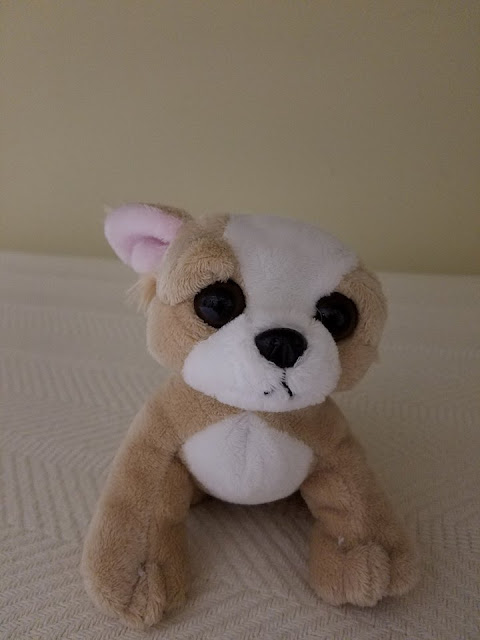 A few weeks back, I posted about watching my grandsons while my daughter and  son-in-law went on a second honeyomoon. On the second night of babysitting duty, after playing Judge Judy and designating who was going to play what on the large flat screen, I left the 17 year old down in the living room while his brothers and I called it a night.
I awoke to hear him yelling. Who was he speaking to? I found him in front of the T.V. carrying on a conversation.

"Who are talking to?" I asked, curious since it was only the two of us in the room.

"Dominic," he replied, his attention on the screen.

"Okay...," I replied, wondering if I should bother the parents to inform them their eldest was speaking to the television.

"Oh my God," he replied, laughing his head off as he informed Dominic that I was waving to the T.V. set, and then turned around to show me the head set he was wearing, and after he explained how he was simutaneously playing this game with several of his friends, I made my way back to bed, my geek level at a new low.

The next day, the two younger boys were showing me a game called the legend of Zelda, the twilight princess.

"Who kidnapped her? Does Link get to marry her when he saves her? Can you talk to your friends on the T.V. when you're playing this game?" I asked a lot of questions, but their stunned expressions confirmed that I was game challenged, so I left the room and went to make myself a cup of tea.

This brings me to Zeppie, my webkin puppy. A few years ago, the youngest grandson asked me to buy myself a webkin so I would be able to send his webkin, e-mails and gifts. I did what any grandmother would do for a grandchild, and bought myself a webkin. What he failed to tell me was I had to take care of this puppy on line. Not only was I forced to buy furniture and sign Zeppie up for after school projects, but I had to do farming to feed this puppy. If I failed to keep the puppy well fed and entertained, I was called into the Doctor's office. It's really embarrassing to have a cartoon doctor tell you that your cartoon puppy is sick.

I found myself stressing out when days would pass, and because I was busy in real life, my imaginary plants would begin to die and I would have to rake and water and nurse the farm back to health. On top of this stress, my oldest granddaughter who was in college at the time, asked my to join her vampire group on facebook.

I had to fight zombies, werewolves, and other vampires to move up the ranks, and would send out requests to my facebook friends to please allow me to bite their neck to enable me to gain more points, but only a few agreed. Between trying to find the time to care for both my online dependents, I even considered using the vampires to to do the farming for my webkin site.

Busy with work, I went on my sites less and less, until one day, I could no longer pull up my webkin puppy, and God only knows where my level six vampire went to.

So for my facebook friends, please don't take it personal when I don't help you with farmville. I'm having major guilt trips as it is, and all I can hope for is that Zeppie is happy in Webkin heaven, and that my vampire got a bit part on True Blood and is doing well.
Posted by Marie Gilbert at 6:19 PM 9 comments: