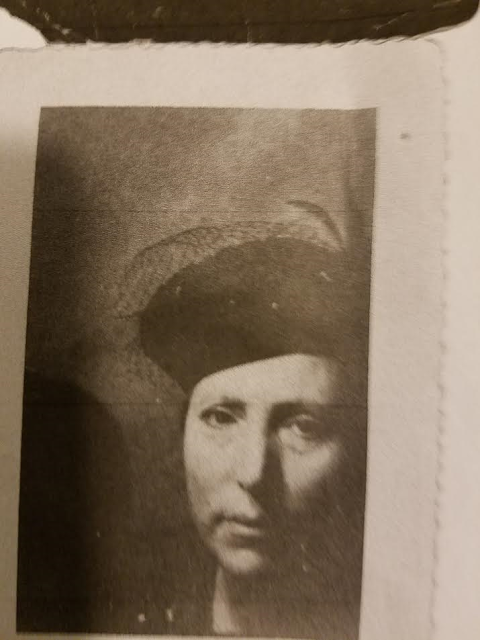 We all have that one special person in our lives that had influenced us by their words and actions to be the best we could be. For me, my siblings and my cousins, it was our maternal grandmother, Maria Grazia Federico Chiusolo. My grandmother was a very spiritual woman and she also had strong psychic abilities that she passed down to all her grandchildren. She has been on my mind recently. 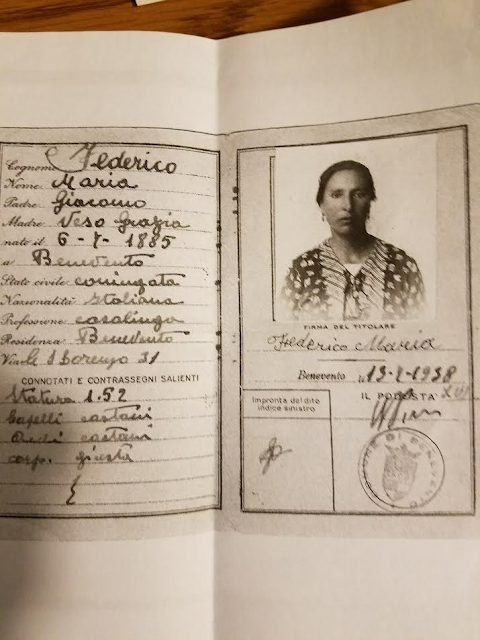 Grandmom was born in Benevento, Italy. She came to America at the start of World War 2 and it was a good thing because her home was bombed during the war. My grandfather was already living in Philadelphia and when Grandmom arrived in New York, she brought along her three children: Anna, Lucia and Mario. This is a photo of them as young children and long before they came to the States. 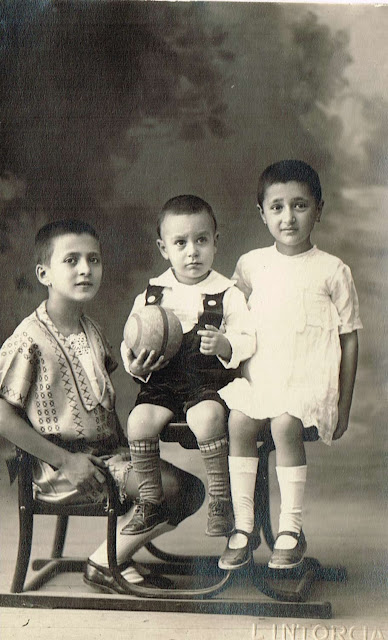 Aunt Anna, Uncle Mario and my mother, Lucy
They moved into a home on 7th and Ellsworth and there she and grandpop lived until her death sometime in the early 1960’s. Grandmom never spoke a word of English, but she understood me and, I understood her. She always had rosary beads in her hand. She was always praying for us...we were mischievous kids who also happened to be accident prone. We needed every single prayer to keep the Angel of Death at bay. 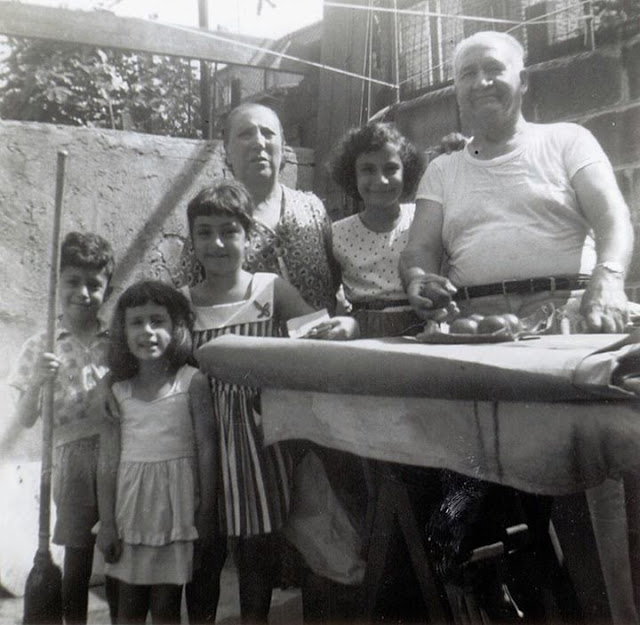 Like I mentioned at the start, Grandmom has been on my mind, lately. Maybe it’s because I am going to Italy this month. It’s the first time I’ve ever been out of the country and although I’ll be with a tour group, I’ll be by myself. That’s okay. I’m not afraid and in a way, I won’t be entirely alone. I have inherited my grandmother’s gift and I can see dead people. In fact, there are two ghosts that live in my house. They are my parents. Their names are Fred and Lucy. I told my parents that I’m bringing them with me on this trip. I also asked my grandmother to come with me. Maybe they can translate for me.
My sister Jane recently sent me copies of some important papers belonging to Grandmom. I studied the papers and the photos and after a few minutes, I was back in time. I must have been around nine years old and I watched as my grandmother sang an Italian song as she cooked the pasta on the stove. The door in her kitchen that led to the yard was open. It was a warm, sunny day. I watched the chickens pecking for food outside in the yard while grandpop cooked a steak on grill that he made from a metal can. 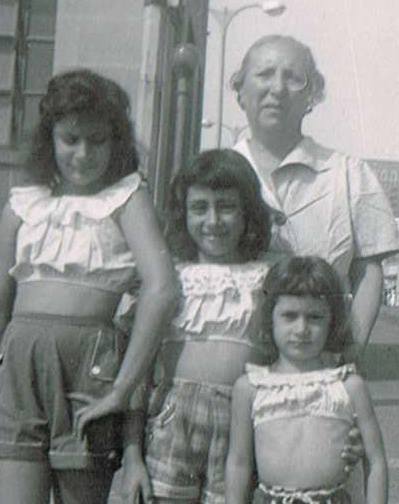 Time and space are connected and maybe we don’t need a machine to travel back or forth in time. Maybe our minds, because we are connected to the Universal Collective, are able to make that jump. I did that jump today while looking at the old photos my sister Jane had sent me. You can try this technique, too. Find a photo of a special person who has passed away. Sit in a quiet room. Play some meditation music. Light up some incense. Hold the photo in your hand. Take deep breaths...think of your loved one...now...go back to that moment in time when you were your happiest with them. Let me know if it works for you.
Posted by Marie Gilbert at 7:32 PM