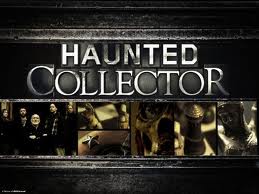 Season Three of one of my favorite shows returned to the Sy-fy channel on March 6th. Haunted Collector which airs on Wednesday nights at 9 p.m. follows a team of paranormal investigators who are asked to do research on buildings (public or private) that have a high level of spiritual activity. The team is led by John Zaffis, a world renowned demonologist and paranormal researcher. Objects that are collected during his investigation are stored in his museum, but only after the items have gone through a binding ritual done by a member of the clergy. His work is documented in his book, Shadows of the Dark.

Team Zaffis includes two of his children Aimee and Chris Zaffis along with Jason Gates and Jesslyn Brown (investigators), and Brian Cano,( a tech specialist and second in command). When Brian is not working on Haunted Collector, he produces an independent paranormal series called “Scared”.


Why are objects haunted?


Maybe a particular object was cherished by a person while they were alive and the object’s appeal still draws that person’s spirit to it. Some objects were used in ceremonial rituals and they carry the essence either good or evil of the practiced ritual. When I visited the University of Pennsylvania Museum of Archaeology and Anthropology, there was one particular room that reeked of paranormal activity and my two ghost hunting friends also felt the vibes when we entered that hall.


What do you do with a haunted object?
Don’t destroy it. You might cause worse problems, like a pissed off spirit. The smart thing is to contact a paranormal investigative group to handle this situation. The object needs to go through a binding ceremony by a member of the clergy. 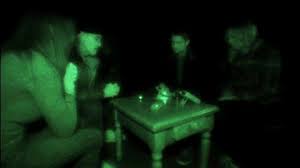 If you want to find out more about the subject of hauntings, be they spirits or objects, then you need to watch Haunted Collectors on Wednesday night. 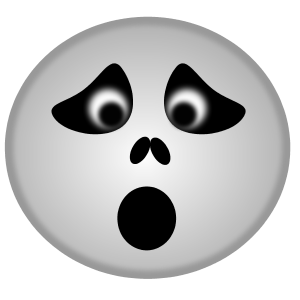 Oh, and by the way, now that the warmer weather is just around the corner, there will be plenty of flea markets and yard sales popping up all over the place. Have fun shopping, but if weird things start happening in your house after purchasing that antique piece of jewelry, then my little ghost snack, you are now officially haunted.
Posted by Marie Gilbert at 5:20 PM