The Necessity of Truth 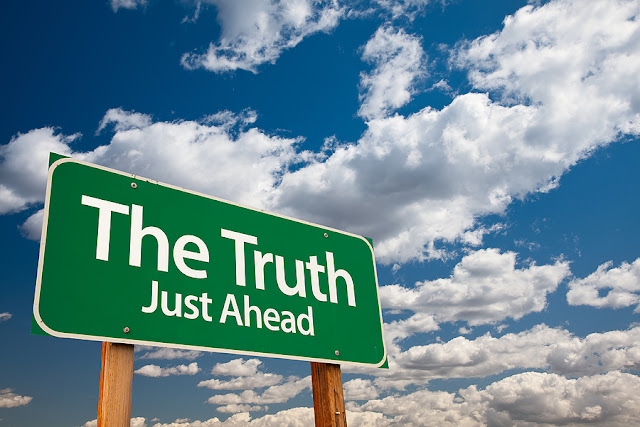 To understand why it’s important to tell the truth, we first need to understand what the word means. Truth: the quality or state of being true; that which is in accordance with fact or reality; a fact or belief that is accepted as true.
When Pilate asked Jesus, “What is truth” the reply from Jesus was, “I have come into this world to testify to the truth.” If we follow the words and actions of Jesus we learn that HIS truth is peaceful, loving, sympathetic, and above all, his truth is constant. But, are the truths of one man the same for another? 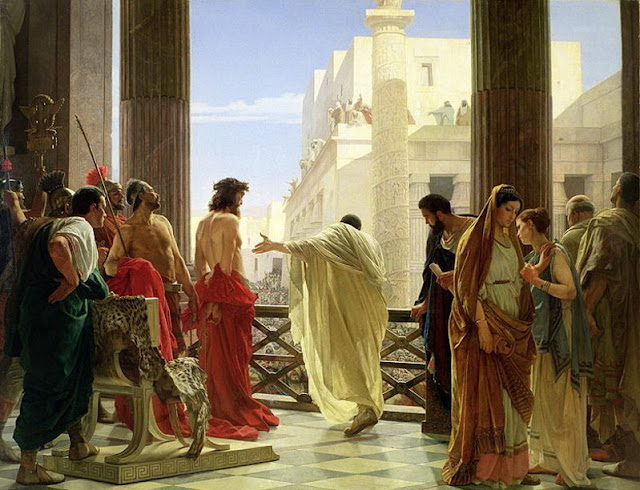 When the popular theory was that the Earth was the center of our universe, there were men of science who cried out to dispel that falsehood. Some were martyred for this truth as were those who said that the Earth was not flat. These brave souls stood up to the lies and misconceptions put into place by those in power. Why would church leaders lie? Was it because these men of power lacked the ability to understand the natural workings of our universe, or worse, they continued the lie as a means to control the populace.
When people tell the truth, they don’t have to worry about getting their stories right if questioned later. When people tell the truth, they are not afraid of the backlash of being caught in a lie. Truth speakers are usually truthful in words and actions. Their word is their honor. When I was young, my parents stressed the point of my being honest with them and others, but by the time I was in sixth grade, I understood that they often did not follow their own teachings. So why do we lie, when the truth will set us free?
Lies
Something seriously has happened in the world we live in today. False information bombards us via television, Facebook and the internet. How many times have we heard someone state a falsehood and when questioned, they say, “But it was on the internet, so it has to be true.” Wrong! Just because someone puts misinformation on the internet doesn’t mean you should blindly believe it to be true. With the recent elections, the people of this country were faced with politicians telling bold faced lies. 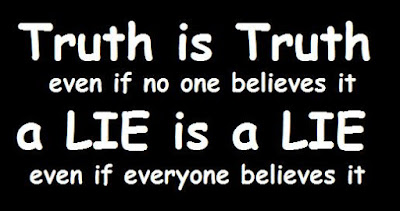 Politicians have forgotten that they are merely our servants and not our masters. We should hold them to the highest standards and when we catch them in a lie, we should tar and feather them and run them out of office. Democrats and Republicans are equally guilty of the “Big Lie” but how do we stop liars and the lies they weave?
Survival Techniques
When it comes to the internet, your neighborhood library is the best source of information for you to come to your own conclusions. You should also listen to foreign news stations like the BBC and you should read newspapers. You should be doing your own research to get to the truth. The Church and Governments are good at telling lies because they know that they will lose control once the people know the truth.
But, how do you deal with liars in your own family or in a work situation? Be aware. When someone lies, you must deal with the situation without emotion. When you are stuck dealing with a compulsive liar, your first instinct is to challenge the lie. If this is a child, then find out why they feel the need to lie. The fault might lay with you being too judgmental or controlling. You might need to change your ways in order for that child to feel safe in telling you the truth.
If you are dealing with an adult member of the family, then you need to decide how important this relationship is before deciding to challenge or ignore. Did the family member tell a little white lie when you asked how your meatloaf tasted? Were they trying to spare your feelings? Some lies are told to avoid hurting people’s feelings. We can understand this.
Some people lie to protect their own emotional turmoil. They say that they are fine, or they lie about their partner’s faults because they can’t face the truth that the failed relationship might actually be their fault.
The most dangerous of liars is the emotional vampire. They will lie to weaken our sense of self-worth. The best way of handling an emotional vampire is to dump them as soon as possible, but if you are unable to do this, then you need to set up boundaries by understanding that everything they tell you is a lie, then check out their story every single time. This seems like too much work, but it will give some protection if there is no way to escape the vampire, especially if they refuse counseling or therapy.
Conclusion
Everyone tells little white lies when they need to protect themselves from a harmful situation or when they really don’t want to offend someone (“This meatloaf tastes horrible”). What is unacceptable is when the lie can turn people against each other, like Trump’s claims that all Mexicans are rapists, or that Obama was not an American citizen. Hillary had her share of lies that upset many voters and allowed Trump to be elected. Our leaders have to be held accountable. When a lie is discovered, they must be made to acknowledge the lie and to apologize to the nation. Nothing less is acceptable. 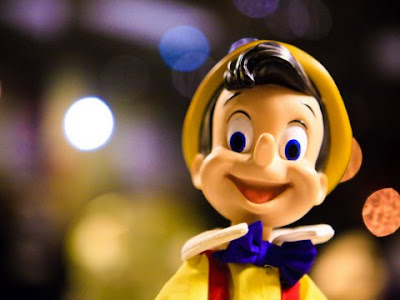 How do we get our leaders to tell the truth? Start with ourselves and then demand that they do the same thing. When a politician makes a statement that doesn’t ring true, do your own investigation. Be a man or woman of your word. Be honest. Demand honesty.
Posted by Marie Gilbert at 5:19 PM 2 comments: