Eating With the Spirits 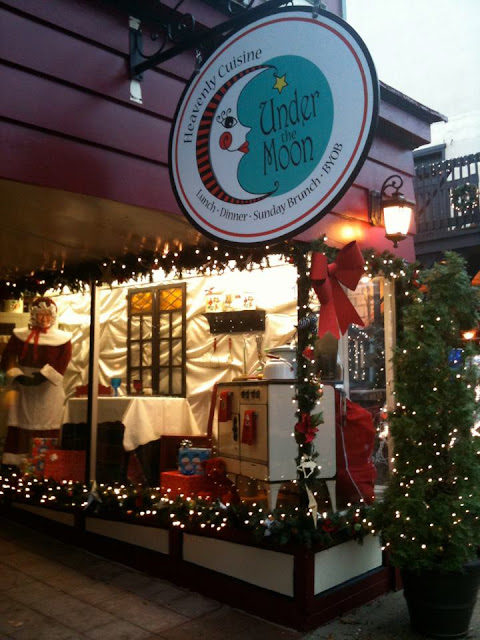 I didn’t actually have a sit down meal with the spirits, but they were there with me and my friends. This week I had the opportunity to do two ghost investigations; one scheduled and one by accident. On Sunday night, Marti Haines and Marcia Moore, the owners of “On Angels’Wings” took a group of professional investigators to a beautiful café in Bordentown, NJ.
Under the Moon Cafe is owned by the mother and son team, Estela and Santiago Orosco and what they offer their customers is a warm and welcoming atmosphere with good home cooked meals which consist of Italian, Spanish/Basque and Tapas bars. 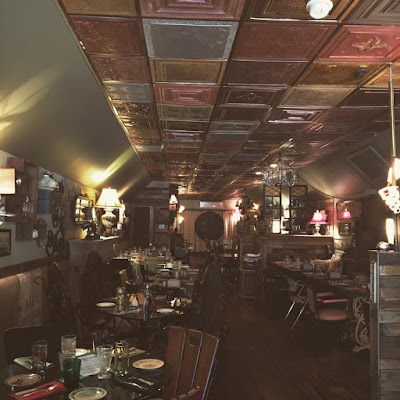 While waiting for the rest of the group to arrive at the café, Rita and I ordered dessert and it was absolutely heavenly. As soon as the Café had closed, Santiago and his staff reported what they and their customers had experienced on many occasions. The investigation began soon after. 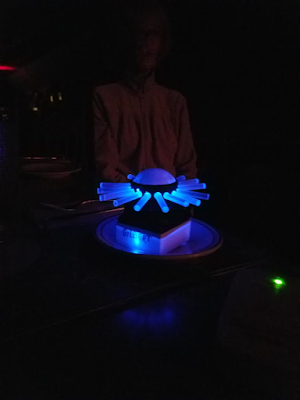 While Marcia and Marti are still reviewing all the results collected that night, I will say this; the café is very active and the spirits friendly. I’m looking forward to returning to Under the Moon Café, but this time before we do the investigation I intend to have the Carne Con Ajos.
Unplanned Investigation
On Tuesday, Diane, Jean and I went to visit a fellow investigator at NE Philly hospital. It was late in the afternoon and we were hungry. Diane told us about the very old historical King George II Inn. She said the food was great and that it was haunted. The mention of ghosts convinced us to head on down to the river for what turned out to be a very interesting lunch. 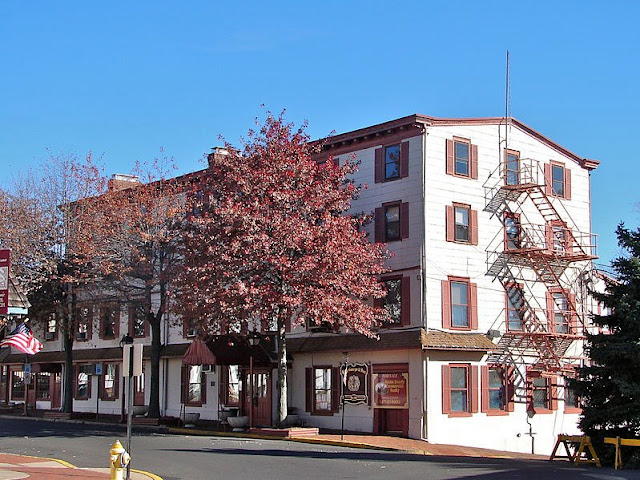 The story of the Inn starts in 1681 when Samuel Clift established a ferry service between Bristol, PA and Burlington, NJ. Ferries were the only form of transportation between these two towns until the opening of the Burlington-Bristol Bridge in 1929.
Over the years, the Inn, which is located at 102 Radcliffe Street in Bristol, Pa, passed through many owners and went by many names and the Inn boasts many famous people sleeping there. I often wonder how George Washington ever had enough time to even fight the Revolutionary War because this guy seemed to spend a lot of time sleeping at inns. 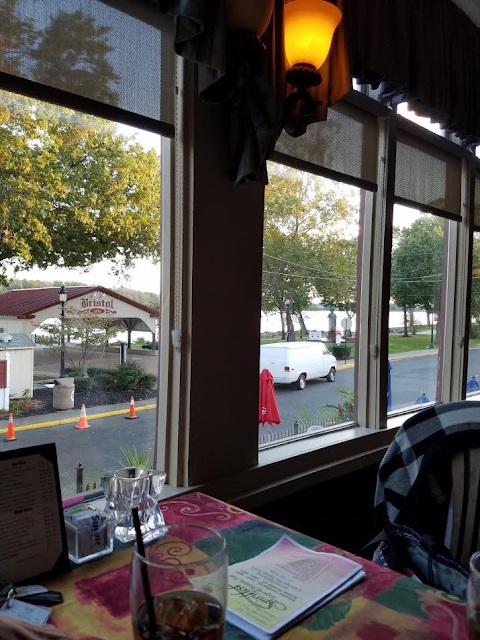 As soon as we entered the building, all three of us sensed the spirits. Our psychic abilities so strong and the spirits so eager to interact with us that we didn’t need to use our equipment. We were able to get more information about the building from the owners and their amazing staff. 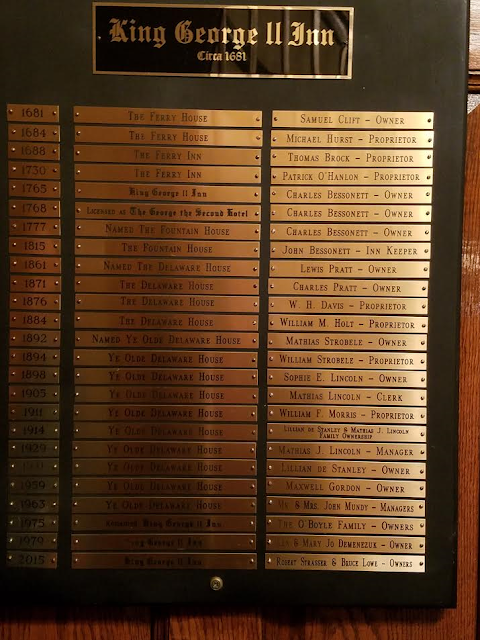 After eating an exceptionally delicious lunch, Diane, Jean and I were given a private tour of the entire building; from basement to attic. We will definitely be returning to the Inn for the food, but this time we want to take our equipment and document what we saw and felt.
Conclusion
I see dead people, and so do my friends. Most of the time, we’re not purposely looking for spirits, but it doesn’t matter. The spirits know that we can see them and they want to tell us their stories. We like to listen. 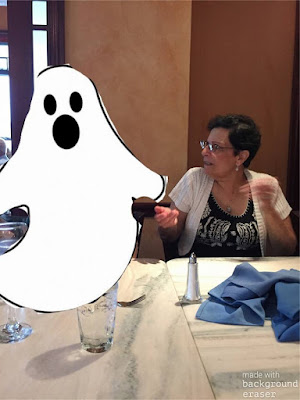 Almost all homes have a spirit. It doesn’t matter what the age of the building is because even if the house is not haunted, the land itself usually is. It seems that when the three of us girls are together, our vibrations are much higher and the contact with the spirit world is easier. What made these two investigations even more enjoyable were the fine food, great service and historic ambiance. Sometimes a haunting can be downright fun.
Posted by Marie Gilbert at 6:45 PM