Vampires, Ghosts and The Cabin in the Woods 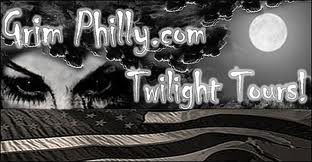 So Friday night, my ghost hunting friends and I took our two fledgling ghost hunters to the Vampire, Sex, and Ghost Tour. This is a tour offered by Joe Wojie for Grim Philly. It lasted around 90 minutes and Joe dazzled us with tales of the City’s past. 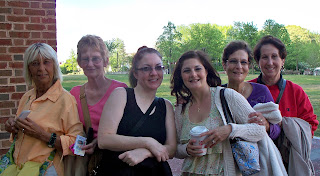 Starting from the left, Blanche, Rita, Suzanne, ReRe, me, and Jean
We know where the bodies are buried!! What the connection is between Bram Stoker and Philadelphia and many more interesting and fun facts. Sorry there weren’t any handsome vampires around for the sex part. I’m team Eric and no, he wasn’t there. 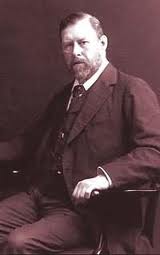 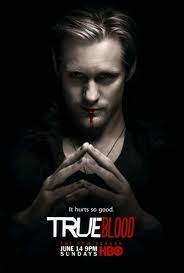 Joe also offers a Blood a Beer Tour, which my group will be taking soon. Joe is a University Professor who has done extensive research on all the sites we had visited. I’ll be interviewing him in the next couple of days and will post this as soon as I do, but here is his picture. 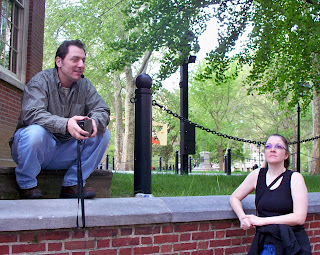 Okay, so I promised my teenage grandson I would take him to see The Cabin in the Woods. 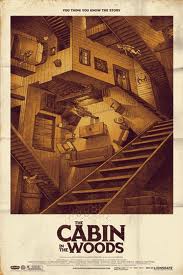 He promised me it wasn’t a slasher film. My definition of slasher and gore may differ from Joshua’s point of view, 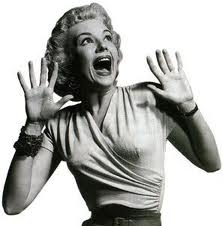 but this said, I’m glad I went to see this. This is a great movie with generous helpings of fright and comedy and it has lots of conspiracy tech stuff. Something like Chainsaw massacre meets the Geek Squad.
Josh and I watching the film. 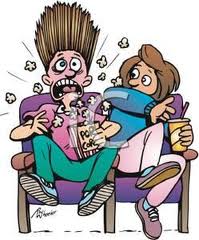 There was a brief nudity scene, so Granny that I am, I told Josh to cover his eyes. 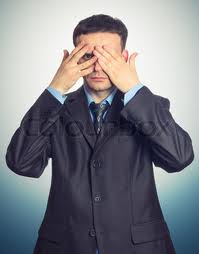 Yeah right. He was peeking between his fingers forcing me to re-enact a scene from the Exorcist. 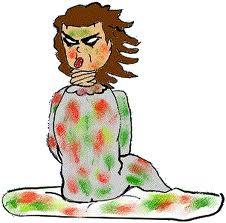 Our favorite character in the movie was Fran Kranz. 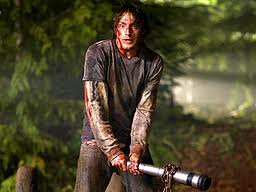 You’ll need to see the film to find out why. So if you have a free weekend coming up, go on a tour with Grim Philly and head out to the movies to see The Cabin in the Woods.
Oh yeah, I forgot to mention that on the way home, I got in trouble with my daughter again for talking to strangers while riding the PATCO. 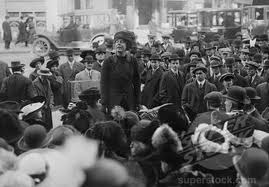 Posted by Marie Gilbert at 6:05 AM