Farewell to a Mighty Dog 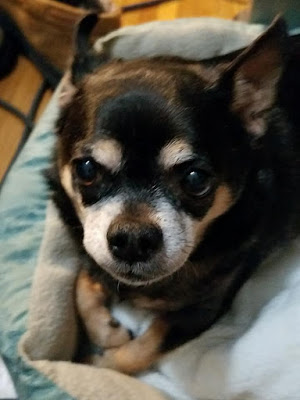 It was unexpected even though Godzilla had battled serious ailments since he was four years old. I remember that day twelve years ago when my husband, my youngest of nine grandchildren, Nathan, and myself traveled to Northeast Philly to a private home to pick out a Chihuahua from the litter. 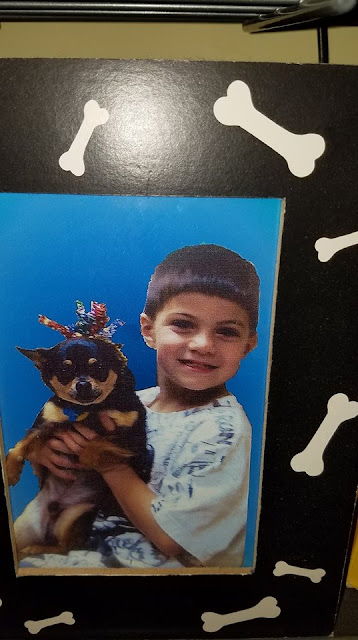 Godzilla was definitely the smartest puppy in the litter, and he knew exactly who to win over. This puppy was small enough to fit in the palm of my husband’s hand, but Nathan instinctively knew that this puppy was destined to be famous (at least in our family and neighborhood). Nathan, without asking our advice, proudly announced that the puppy we were taking home would forever be known as Godzilla-Wonder Dog- Super Pet.


Godzilla lived up to his name because even though he was tiny, his bark could match the intensity of the king German Shepard owned by my friend and neighbor, Rita. It was comically to see these two beloved pets challenge each other.


The first time Godzilla got sick was eight years ago when dog food which included meats coming from China had seriously made pets sick with some pets dying. Godzilla survived this battle only to be diagnosed a few months later with lymphoma. Our veterinarian only gave Godzilla 18 months to live even with the chemo treatments. But like the powerful creature that rose from the sea in those Japanese films from the 1950s, Godzilla conquered cancer with flying colors. 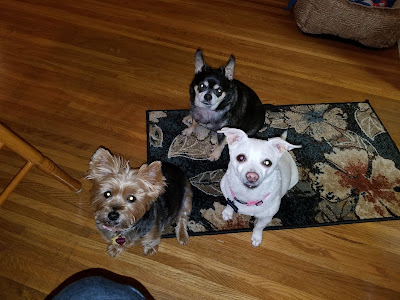 Over the years, our little guy battled many other ailments, but he never complained, and he remained that perky little dog that we fell in love with. The grandkids thought of him as a brother, and even though we have two other dogs: Snowflake (All white Chihuahua) and LeLe (toy Yorkie), Godzilla was the family and neighborhood favorite.


This past year, Godzilla began dealing with incontinence and was forced to wear a diaper, which he did his best to hide them whenever possible. He would have made Houdini proud. My husband and I are not sure if Godzilla’s cancer returned, but before we could have him tested, our little guy had a stroke. 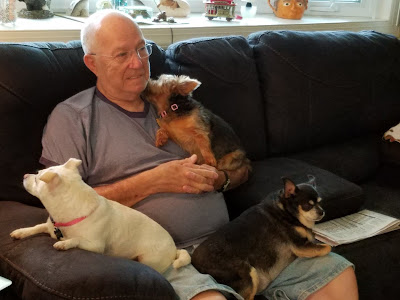 Our little guy died in our arms and with both his sisters close by. I know that he is still here in the house, and for those of you who know that I am a psychic/medium, you will believe me when I say that his spirit is constantly visiting from the other side. We will miss our little guy, who although tiny, had a big name and a big heart.
Love you, Godzilla. R.I.P.
Posted by Marie Gilbert at 9:39 AM