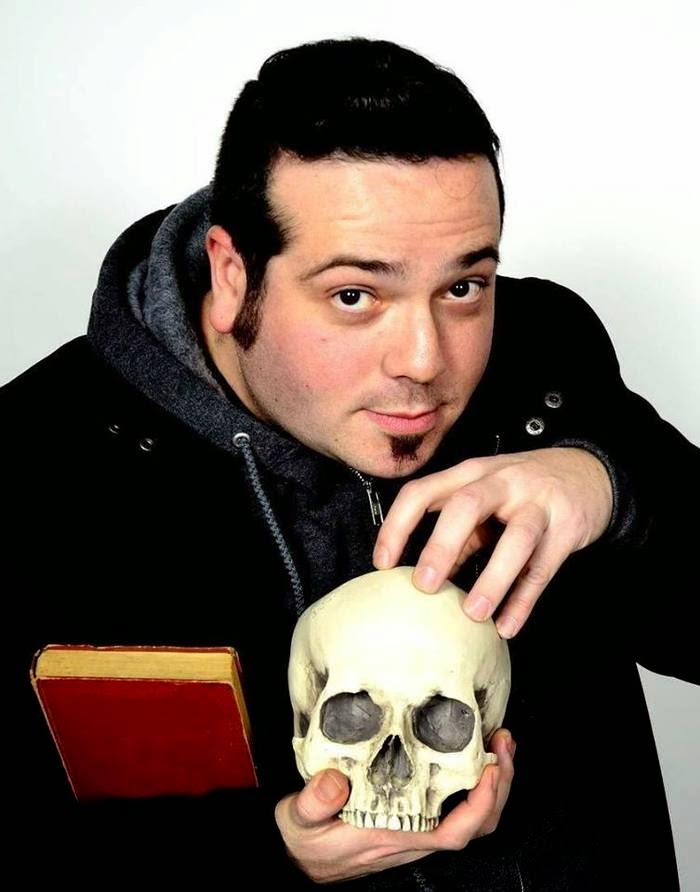 Marie Gilbert: Ryan I’m so excited to have you as a guest on my blog. Tell us a little bit about Witches Blood. How is this movie different from Mary Horror?


Ryan Scott Weber: Witches Blood is the third and final movie of the Mary Horror trilogy. Mary Horror was mostly about Mary and her struggles with the spell book, and the sequel Sheriff Tom Vs. the Zombies was about the Sheriff and his struggles with the evil book. Witches Blood is about them both trying to claim the book and make it their own while left over zombies are in the way. 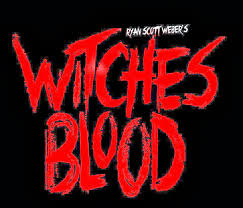 Marie Gilbert: Can you tell us about the cast for Witches Blood?


Ryan Scott Weber: The Witches Blood cast is a group of the most talented actors in New Jersey. Joe Parascand stands out as well as Kim Graf giving the best lead performances I’ve seen in my films. There are so many great actors in the film, I can’t name them all, but some that come to mind are Kristen Accardi, Randy Memoli, Edward X. Young, John Link, Brian Meehan, Stephen Ohlarik, Jessica Montana, Kayt Supple, Jessica Mulchay, Jason Jackson, Patrick Turner, Therese Crowley and the List goes on! My cast always works hard and without them, we could not make these movies as high quality as they are for the little money we have. They are dedicated to their craft.


Marie Gilbert: Is your Mary Horror or Witches Blood anything like American Horror Story’s season 3, Coven?


Ryan Scott Weber: IDK cause I haven’t seen season 3. I have seen season 1. It seems like a high quality show. When you’re always making films, sometimes, you don’t have time to watch everything that’s out there. 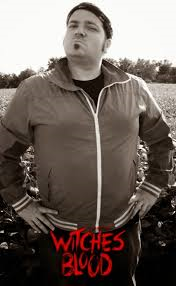 Marie Gilbert: Are there zombies featured in Witches Blood? If so, what part do they play as pertaining to the witch story?


Ryan Scott Weber: There are Many ZOMBIES!! Well it really started in Mary Horror. Mary herself was a zombie of some sorts when she came back from the dead. It really happened though in Sheriff Tom Vs. the Zombies when the spell was unleashed in the movie turning everyone into zombies. Even though the spell was lifted, there remains zombies and I like to call them the leftovers; they are not as nice as the ones in Sheriff Tom. They serve many purposes in this one. They are just plain evil this time.


Marie Gilbert: You play Billy Lloyd in several of your films. Is it difficult to be one of the actors on set while also directing a film? Is Billy a main character in Witches Blood?
Ryan Scott Weber: It is difficult, but it’s also a lot of fun. As a director you have to multi-task. You have 50 questions thrown at you at once and still have to concentrate on what you’re trying to direct. I also did the lighting this time as well as all the camera work. It was many jobs but I enjoy them all. Acting is just fun for me. I love being in front of the camera and getting to be a part of the cast. I work very hard to make sure I don’t suck as an actor. I do like to go off my own script all the time and improvise, and throw the rest of the cast off. I have been taking on more acting to improve and broaden my experience as an actor.


Marie Gilbert: You’ve also directed “Zombies Incorporated” for Television. Will you be doing more episodes and when can we expect to see this show? I hope soon; I love zombies.


Ryan Scott Weber: We shot 8 episodes last summer for season one and it was a blast and also a challenge. We filmed an episode in one day and directing was a big challenge and also the camera work. Cause it’s shot reality style, we can only show what the camera is seeing so it was fun to do a different format. It brought me back to my short film days. Everyone worked so hard to make it great and I get the most emails about that show then with the films. We will be shooting season 2 in the summer/fall of 2014, once my next film is done that I hope to start shooting in May.


Marie Gilbert: Tell us about the Sheriff Tom Vs. the Zombies movie and sequel, and you working with Joe Parascand?


Ryan Scott Weber: Sheriff Tom Vs. the Zombies was such a big undertaking. I was trying to make a film for little money look like a big budget blockbuster. The only way to make that happen was to have Joe be the lead. Joe is the best actor in New Jersey. He also is the nicest man in New Jersey but only when he isn’t wearing the eye patch, ha. He gets totally into his characters and gives it his all, cause he loves what he does. A little of Joe is in Sheriff Tom too and I wanted it that way. He brought the character to another level. Sheriff Tom has become a staple at all the Horror cons around the east coast. I couldn’t do it without him. He is also a great friend. He has given all his time, energy and even money to help things happen. He is the best person to have beside you for your film.


Marie Gilbert: Where do you find the biggest supporters of Independent Films?


Ryan Scott Weber: At the Horror Conventions. I love going to them. I’ve been a horror fan since I was little and been going to these cons since 1997, so to be a part of it now is amazing. I have to thank Kevin Clement who is Mr. Chiller on the Chiller Theatre con. He saw my film Mary Horror and loved it, and ever since he has been so supportive; letting me show my films at this amazing con. There is nothing like Chiller and I’m glad I can be part of it. We have gained so many great fans from that con. I just love meeting people. I make the movies for the fans. Half the death scenes in Sheriff Tom are what fans told me they wanted to see happen in a horror film.


Marie Gilbert: Thank you Ryan for being a guest on my blog and for my readers, you can find Ryan Scott Weber’s films on these sites:


https://www.facebook.com/thelegendofzeke
Posted by Marie Gilbert at 5:40 AM