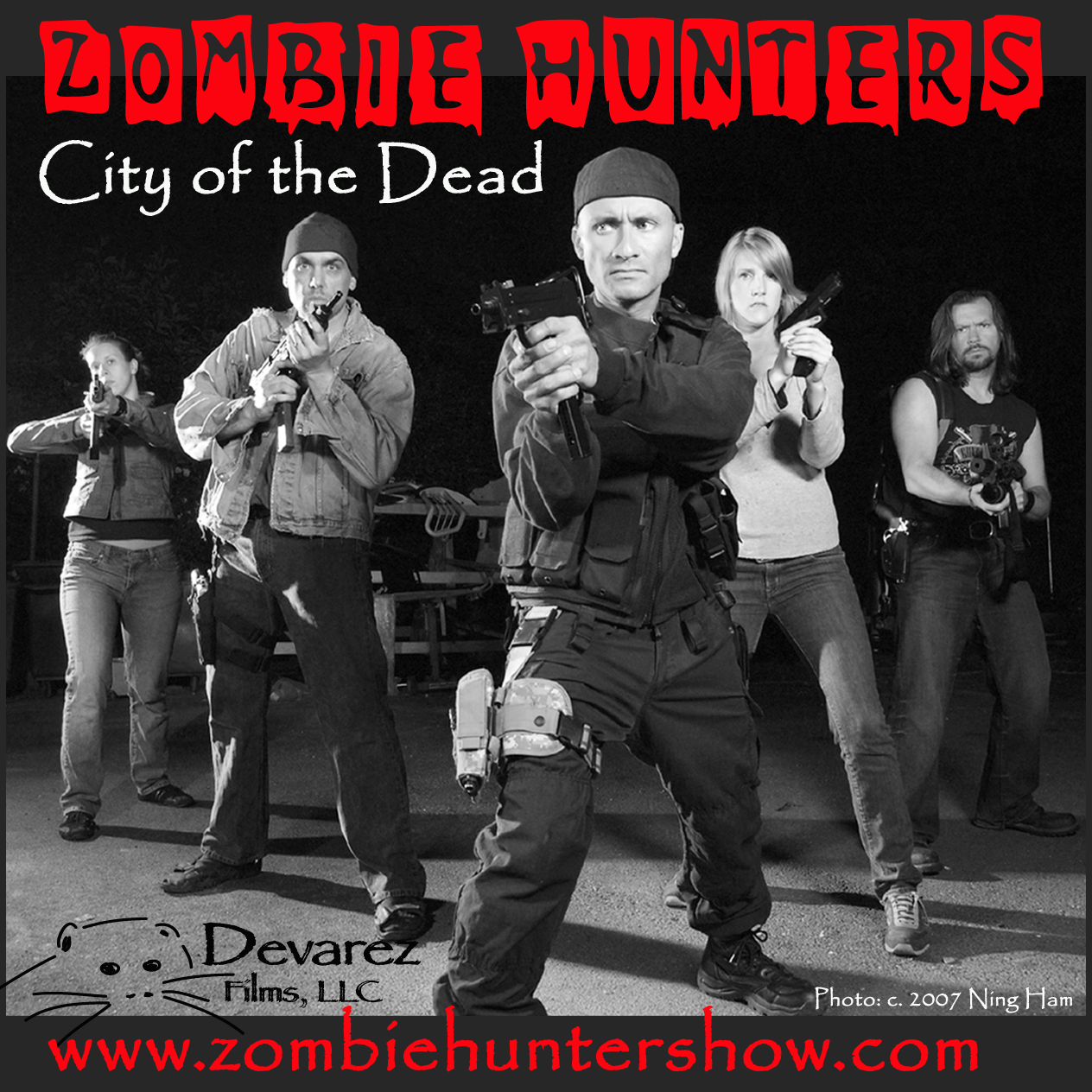 Hi, my little zombie snacks. I’m back with Part 2 of my interview of Director/ Actor Patrick Devaney where we learn more about the First Zombie series on television and Devaney’s character in Ryan Scott Webber’s Pretty Fine Things. Join me now as I learn more about the world of Independent Film


Marie Gilbert: “On your IMDb, it has you working with Ryan Scott Webber and Pretty Fine Things, and you are an actor in that film, right?”


Patrick Devaney: “Yes, I’m one of the leads and I play Thomas Banner, one of the three Banner brothers that are the main protagonists as well as the anti-heroes of the film. We are three brothers who are criminally insane in different ways and we come home because our dad’s health is failing, so it’s a very creepy story. We play psychopaths in it and I get to work with Joe Parascand, who I love working with. I’ve directed him before, I’ve acted with him and I love it, but I also get to work with Adam Ginsberg, who is just fantastic, so the three of us as the brothers in this movie... I hope everybody gets to see this because they are going to really enjoy it.”
Patrick Devaney, Joe Parascand, Adam Ginsberg 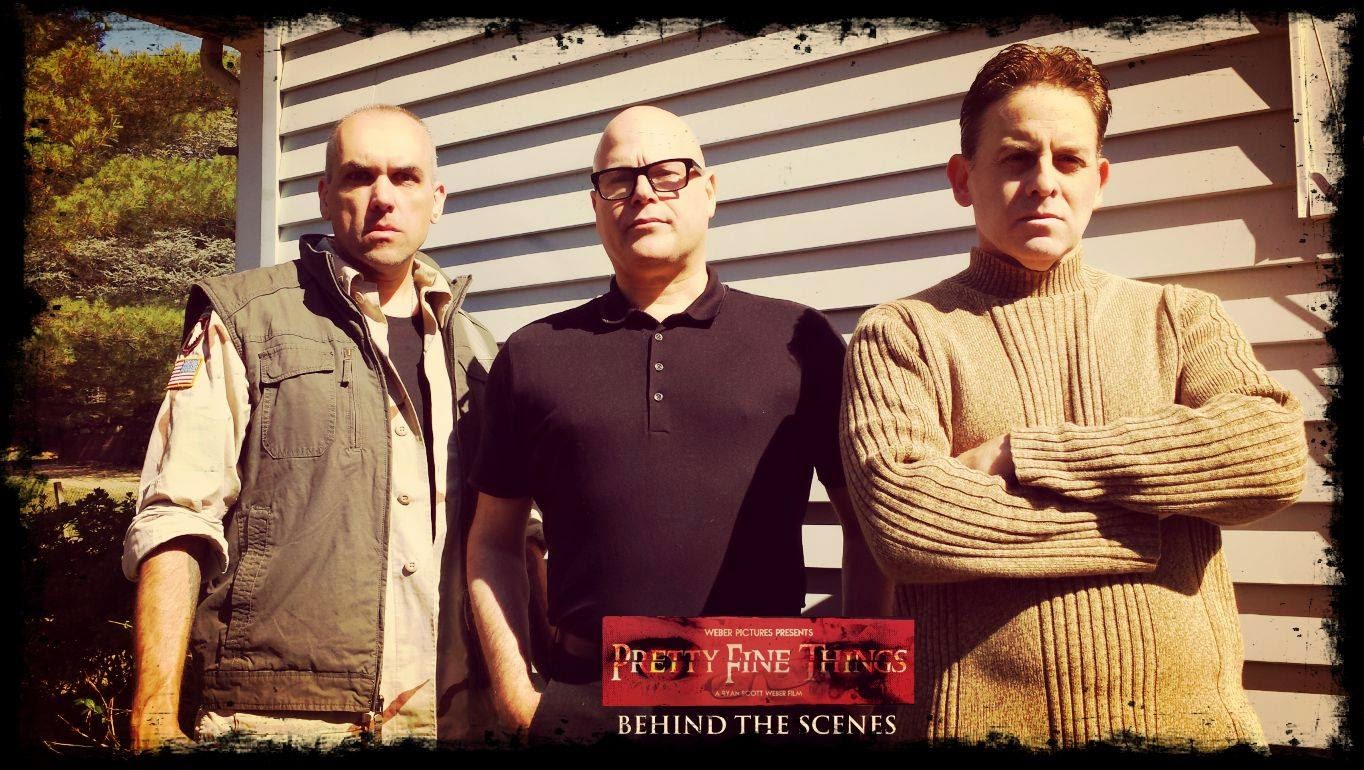 Marie Gilbert: “Joe Parascand is in the film too? He’s the one that introduced me to you. He’s been very good at promoting people and he knows that anyone that he sends to me is someone that I’m excited to interview. I met Joe because of The Soulless. So...now you’re wrapping up on the Zombie Hunters: City of the Dead and I see in your bio that you do star in non-horror shows like Elementary, Law and Order, but is your love really for the horror films?”


Patrick Devaney: “I would say that up to a point, my love has always been for horror films and for sci-fi films. I find myself going more into the science fiction/fantasy realm of horrific things and my favorite director in the world is Guillermo Del Toro. I mean, I love Pan’s Labyrinth and could watch it every day, and the Hellboy movies. The things he comes up with, that dark fantasy and the science based fantasies? I love that, and I’ve been working more towards that.


My first move towards this, while we were doing the second season of Zombie Hunters, I made a short film called ‘Aemorraghe, which is a based on a story from Heavy Metal Magazine back in  1982 that I read as a teenager. I found the artist, an amazing illustrator named Caza, and got the rights to it and wrote, produced, and directed the film. It was shot by Mark Boutros and the crew from MGP, and stars Vivienne Cleary, an amazing actress that carried the weight of the film in ways I could never have even hoped for. But yes, it’s definitely the vein I want to go more into. It’s pure science fiction and science fantasy. It has some horrific elements to it in terms of theme, but overall it’s a positive film and yeah, it just got into its twenty-first film festival this year.”


Marie Gilbert:  “I would want to see this.” 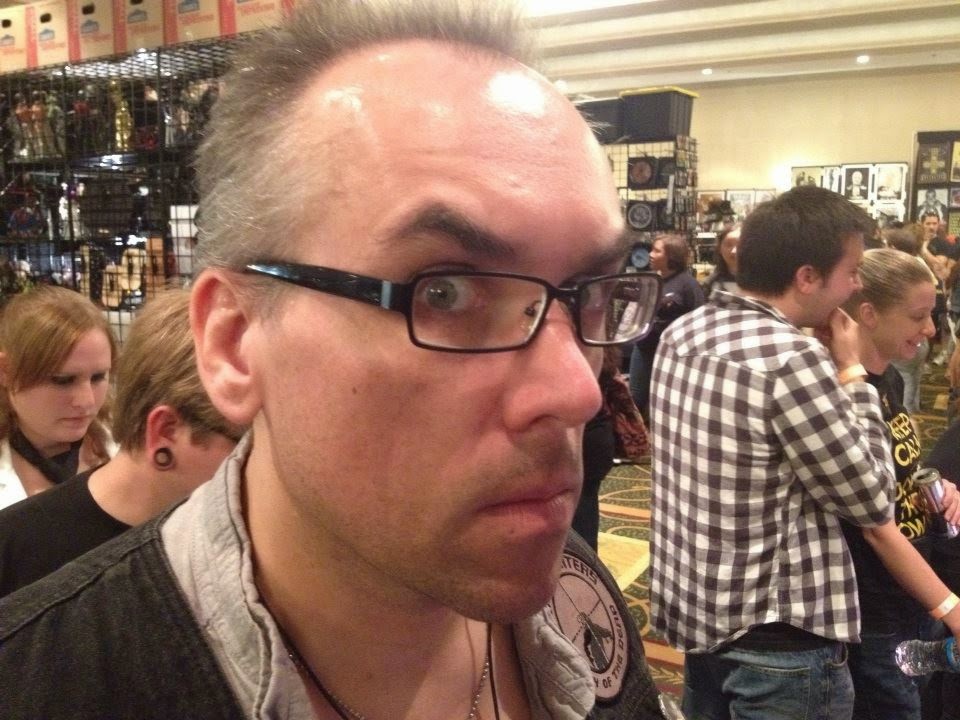 Patrick Devaney: “I’ll send you the link and the password for it and you can watch it online; the screener that the festivals watch.”


Marie Gilbert: “Okay and you have to let us know how it does at the festival. When is the festival?”


Patrick Devaney: “The next festival that we know it’s in will be the Patterson Film Festival this Spring. It’s already done twenty others since it premiered at the Macabre Faire Film Festival last January, and I’m waiting to hear from about forty other festivals it’s running for over the rest of its public run. We tried to book it in two-hundred-fifty of them. We got about a twelve percent acceptance rate, which is pretty good.”


Marie Gilbert: “I would say so. Now, what was the film that hooked you onto horror and science fiction as a child?”


Patrick Devaney: “Whenever I talk about this, I always blame my mom. When I was an infant, she would sit me up in front of the T.V. with her and watch the original Dark Shadows first run. As I was growing up, I would sit next to her and she would explain, ‘Okay, now that’s Barnabas and he’s a vampire and Angelique is a witch,” etc. And, what’s really cool is that I just got to meet Sharon Smyth who played Sarah Collins in the show! I got to tell her that story and that was very cool. She’s a wonderful lady and if you can meet her, she’s amazing. It started for me from there and for horror stuff, but the first movie I remember seeing on television that really scared the hell out of me was a T.V. movie called Let’s Scare Jessica to Death.”


Marie Gilbert: “I think I remember that one.”


Patrick Devaney: “It was a weird movie about vampires and had a very strange take on them and it scared the hell out of me. But, for the sci-fi stuff I grew up watching Star Trek even the first run Star Trek, and before Star Wars came out, there was a wonderful show that came out of England called Space 1999. It stared Martin Landau and Barbara Bain from Mission:Impossible and it was a beautiful science fiction show on BBC in 1975 and that hooked me into sci-fi instantly and then two years later, Star Wars came out and I was done, totally addicted. I was a nine year old kid watching Star Wars and saying, “Okay, I’m done. You can end it now, I’m good!”


So yeah, that strange combination of character-driven horror and over-the-top science-fiction, I always try to combine those two things and hopefully, I can be doing this for the rest of my life.”


Marie Gilbert: “You write a lot of the scripts, so you’re a writer, director, actor and producer, so what hat do you like to wear the most?”


Patrick Devaney: “Currently, I really enjoy being someone else for a while and, I enjoy acting in different things. I get to work at least one if not two days a week on different network television shows, mostly as background and sometimes featured roles, but mostly general background. I get to watch those kinds of crews again, and that helps me in being a director because now I can see what actors really need from their crews and their director. I’m really enjoying that a lot right now and also to be able to work with guys like Joe Parascand and Adam Ginsberg and to act with that level of ability; to work with those guys and bounce back and forth from them? That was just a total gift. 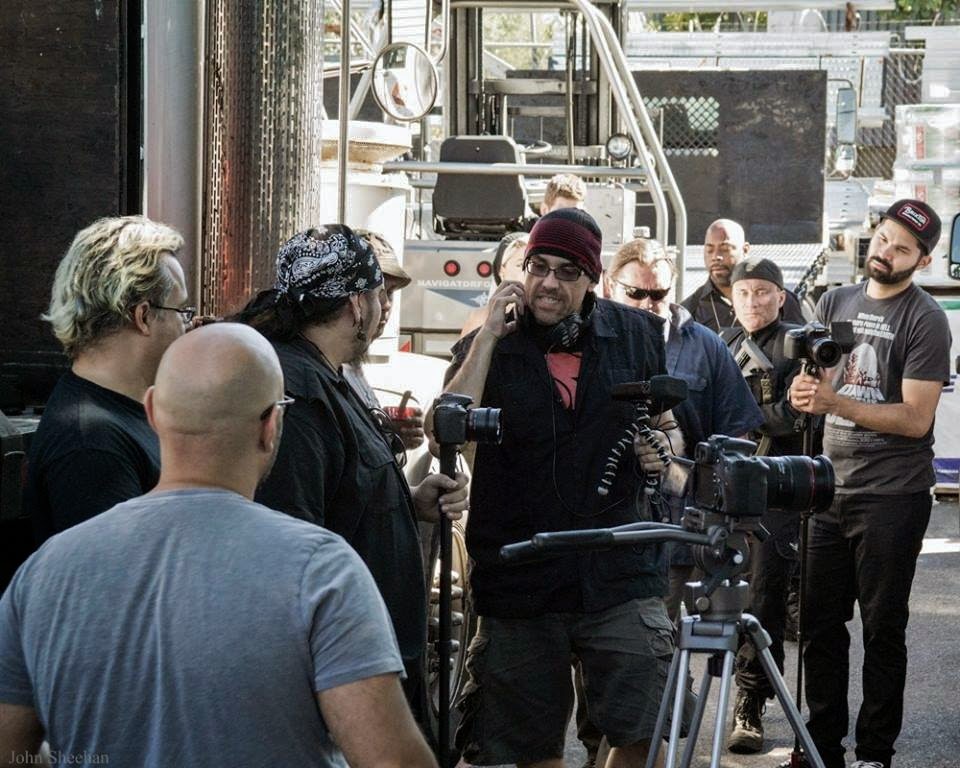 Photo courtesy of photographer John Sheehan
But I really love doing it all. For example, I’m currently writing a web series that we will start filming in May with an upcoming producer named Lauren Loizidis.  We created this fictionalized version of Mastic, New York, called “Mastic PD”, where all these strange kinds of things go on and we are members of the police department and have to investigate them. This is a project based off characters from the Ormsby’s Cinema Insane universe, created by John Sheehan. I’ve been writing that with her for maybe three months, but she’s also one of the new Zombie Hunters, so it’s very interesting. I get to direct her in scenes, but she’s also my new writing partner. It’s an interesting dynamic where we are wearing different hats with each other now; a different way of doing it. But, I work some aspect of this every single day. I’m doing some kind of production every day and I do write every day, even if it’s just a note to myself saying ‘make sure you finish that story about the cop that did this…’. Yeah it’s a daily task, but I love it.”
I'll be stopping part two here, my little zombie snacks and returning on Tuesday with part three of my interview with Independent Director/ Actor Patrick Devaney. Don't be late. There is more to learn.
Posted by Marie Gilbert at 5:00 AM