Steampunk Granny's Review of 2014:The Good, The Bad & The Ugly 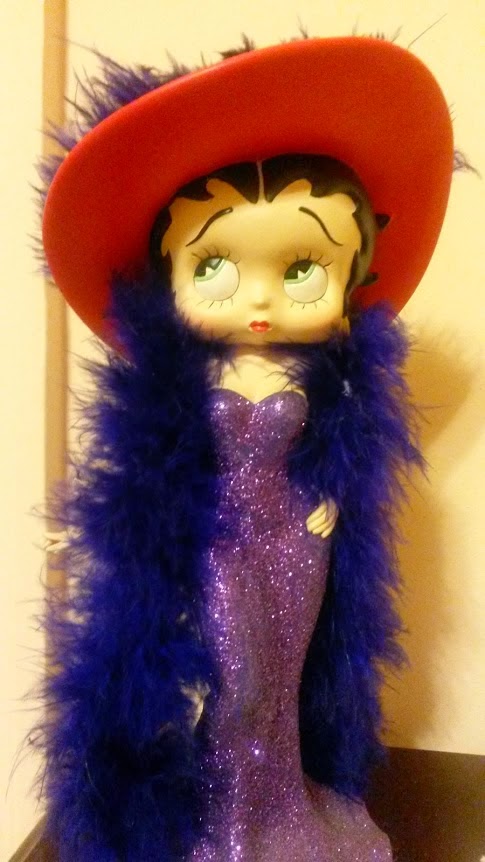 This past year was one hell of a wild ride and that was even with the world’s safety belt pulled taunt across its chest. While we made epic strides with medical and science innovations, the circus performances of Global Politics, especially that of the United States Congress, left many of us wishing that we could pack up and move far away...like to another planet.

Luckily, there were a bevy of new movies, books, games and music to divert our attention from the wacky stuff that was happening around the globe. Grab hold of your wrecking ball and follow me.

I’m a big fan of Black Keys, Of Monsters and Men, Lorde and anything by Parov Stelar plus my friends at Biff Bam Pop www.biffbampop.com offered a few of their favorites and I will share them.
Thank you Glenn Walker: http://biffbampop.com/2014/12/15/biff-bam-pops-holiday-gift-guide-2014-nothing-has-changed-by-david-bowie/

This year, I’ve been listening to the “My Head is an Animal CD by Of Monsters and Men with my favorite song being “Little Talks”

This is my favorite Parov Stelar tune. I play this when I’m feeling down and feel lots better after I try to do the dance steps.

I love all the songs by Black Keys, but this is one of my favorites

Lorde has such a great voice and I think this was the song that hooked me. Royals...enjoy

2014 was a good year for Television and not only did the fan favorites like Dr. Who, Grimm, “The Walking Dead”, American Horror Story: Freak Show, Sleepy Hollow, Agents of Shield and Gotham live up to KICK ASS expectations, but we were offered top-notch series like True Detective and Gracepoint, the American remake of BBC’s Broadchurch. 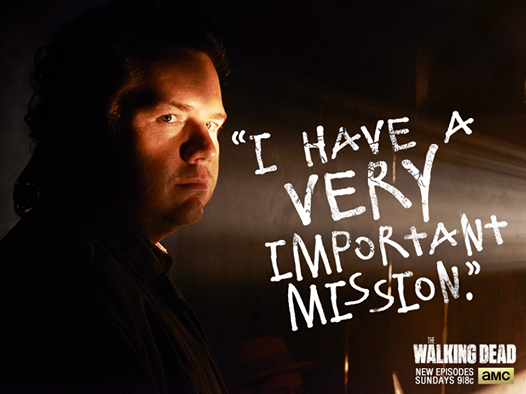 Shows that didn’t make my list of favorites: Under the Dome, The Following, The Goldbergs and Stalker.

There were some great thought provoking movies out this year and I have so many favorites such as, Maleficent, Dawn of the Planet of the Apes, Deliver Us from Evil, Guardians of the Galaxy, The Drop, The Draft, The Grand Budapest Hotel, Her, Gravity, Mockingjay part 1 and, one of the best written horror stories this year, The Babadook http://thebabadook.com/home/ 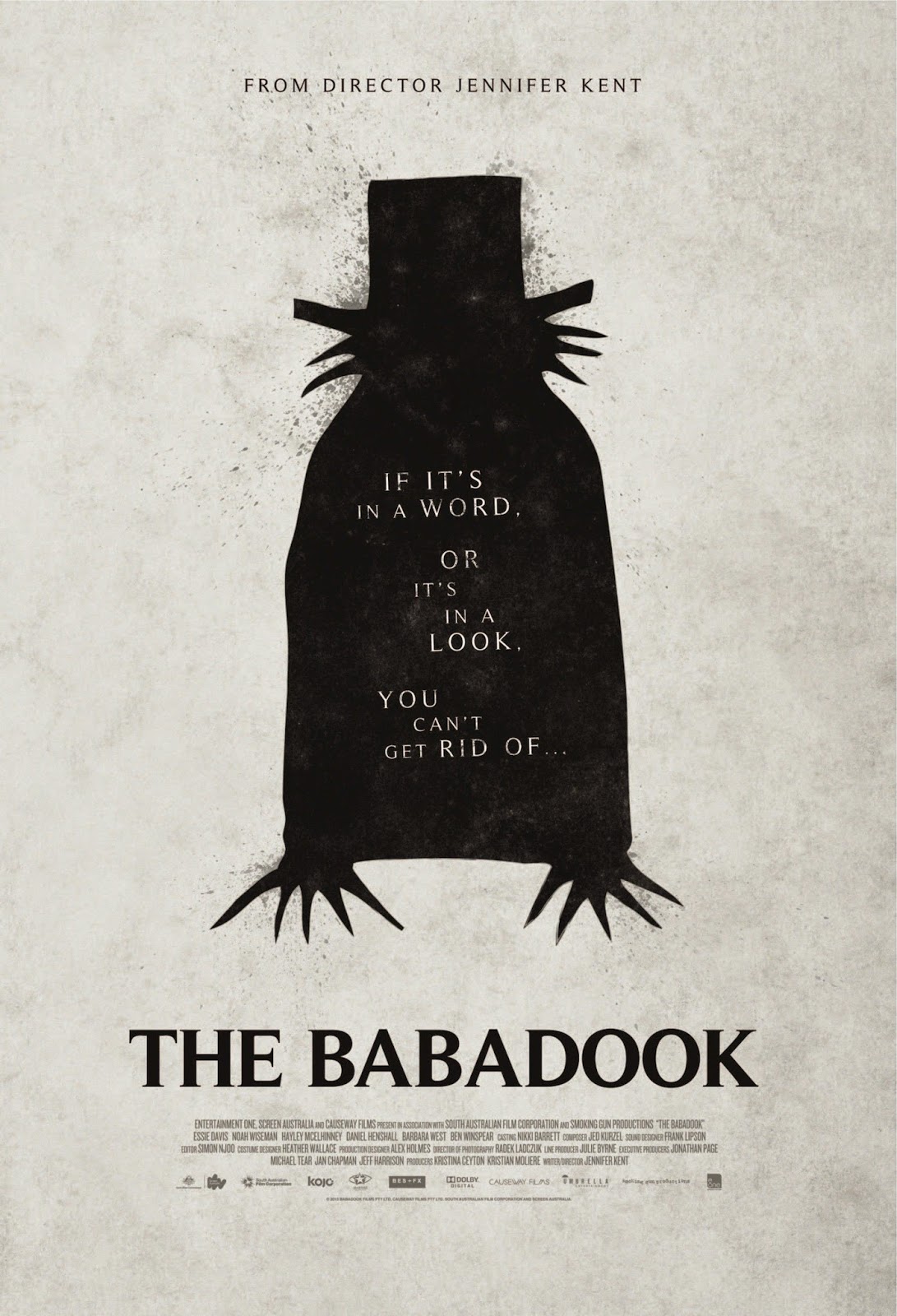 I will say that I have not seen The Interview which stars James Franco and Seth Rogen. Maybe it was because its plot has Franco and Rogen’s characters trying to kill real life North Korean dictator Kim Jong-un. 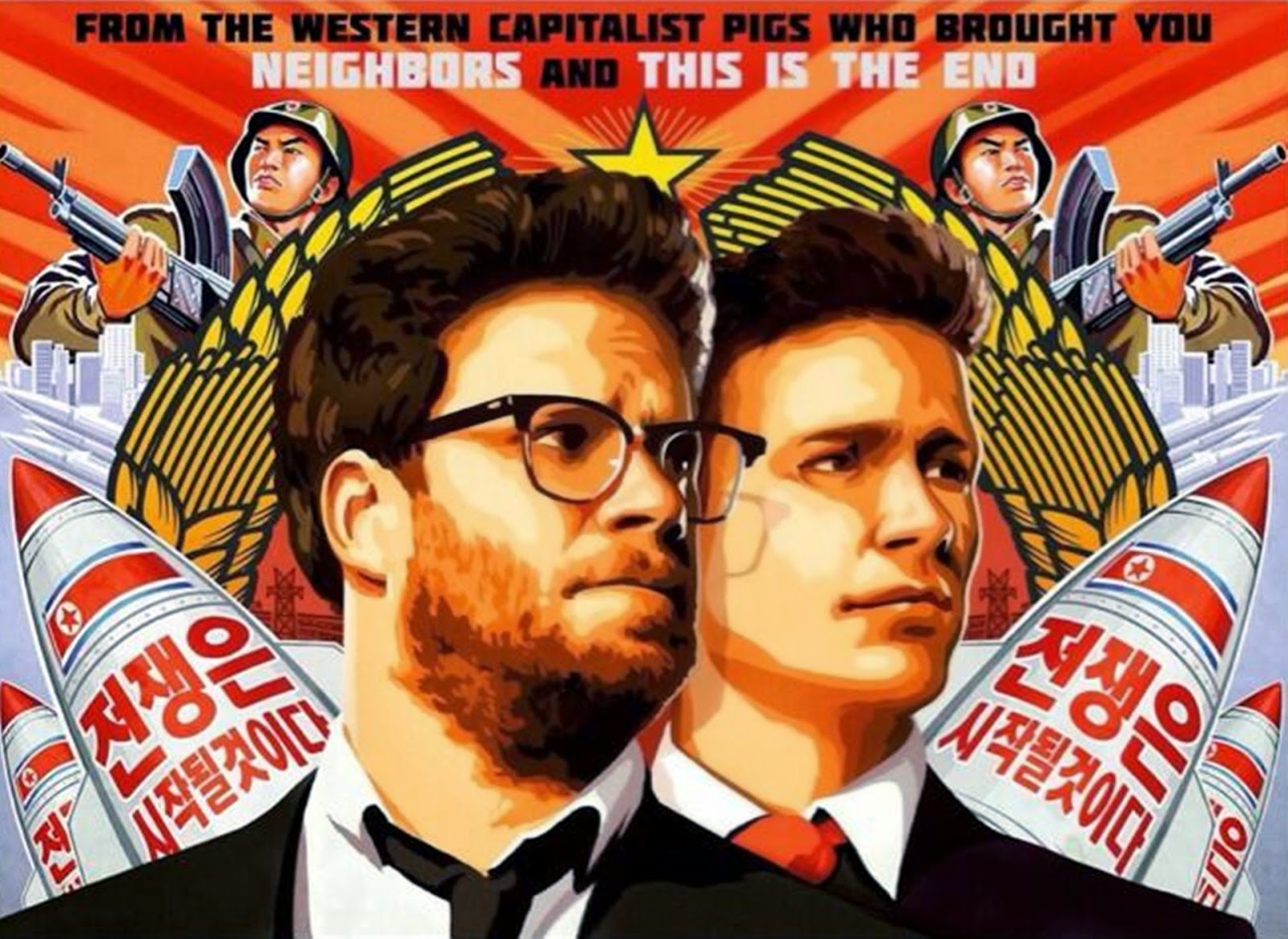 I’m all for free speech and I abhor censorship of said free speech, but I don’t think it wise to upset a world leader who is very anxious and capable of launching nuclear weapons and hacking into Sony’s stuff. Maybe the studio could have used a fictitious name or country. I will say that friends who saw the movie liked it.

I reviewed a lot of books this year and wrote reviews for those books. I give a 4 star rating for: Jack Flacco’s second book in a series Ranger Martin and the Alien Invasion. It is a fast, fun action story that you can’t put down http://www.amazon.com/Ranger-Martin-Alien-Invasion-Flacco-ebook/dp/B00ONG04IA 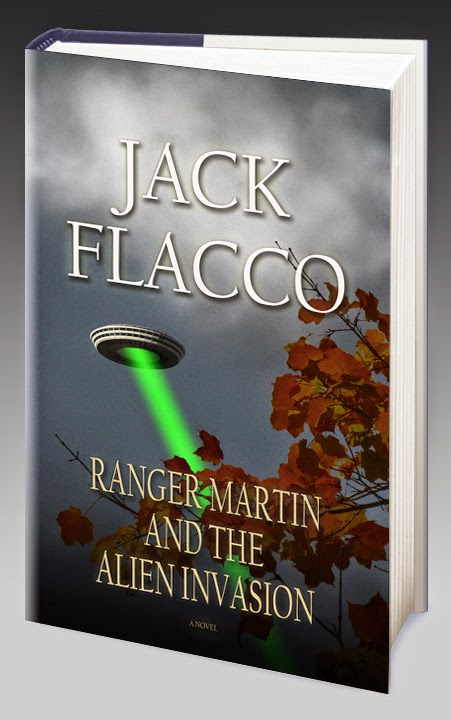 I reviewed the Reading Glasses Anthology: Stories through an Unpredictable Lens http://tinyurl.com/qbbgonb  You can find out more about Hypothetical Press here: http://www.hypotheticalpress.com/ 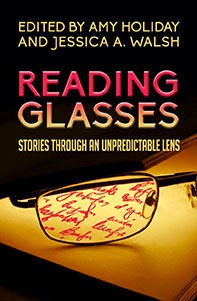 And right now, I am honored and excited to be reviewing Wrapped in Plastic Twin Peaks http://tinyurl.com/lmez3m2 by Andy Burns, our fearless leader and Editor-In-Chief of Biff Bam Pop. I can’t wait to do the review and the interview. 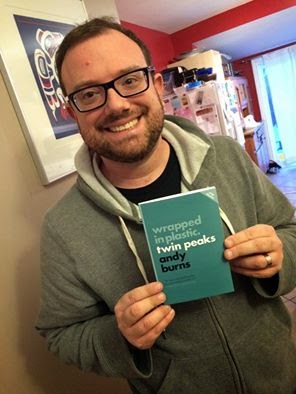 Here is the synopsis: In 1990, avant garde filmmaker David Lynch (Eraserhead, The Elephant Man, Dune, Blue Velvet) and acclaimed television writer Mark Frost (Hill Street Blues) teamed up to create a television show that would redefine what the medium could achieve in a one-hour drama. 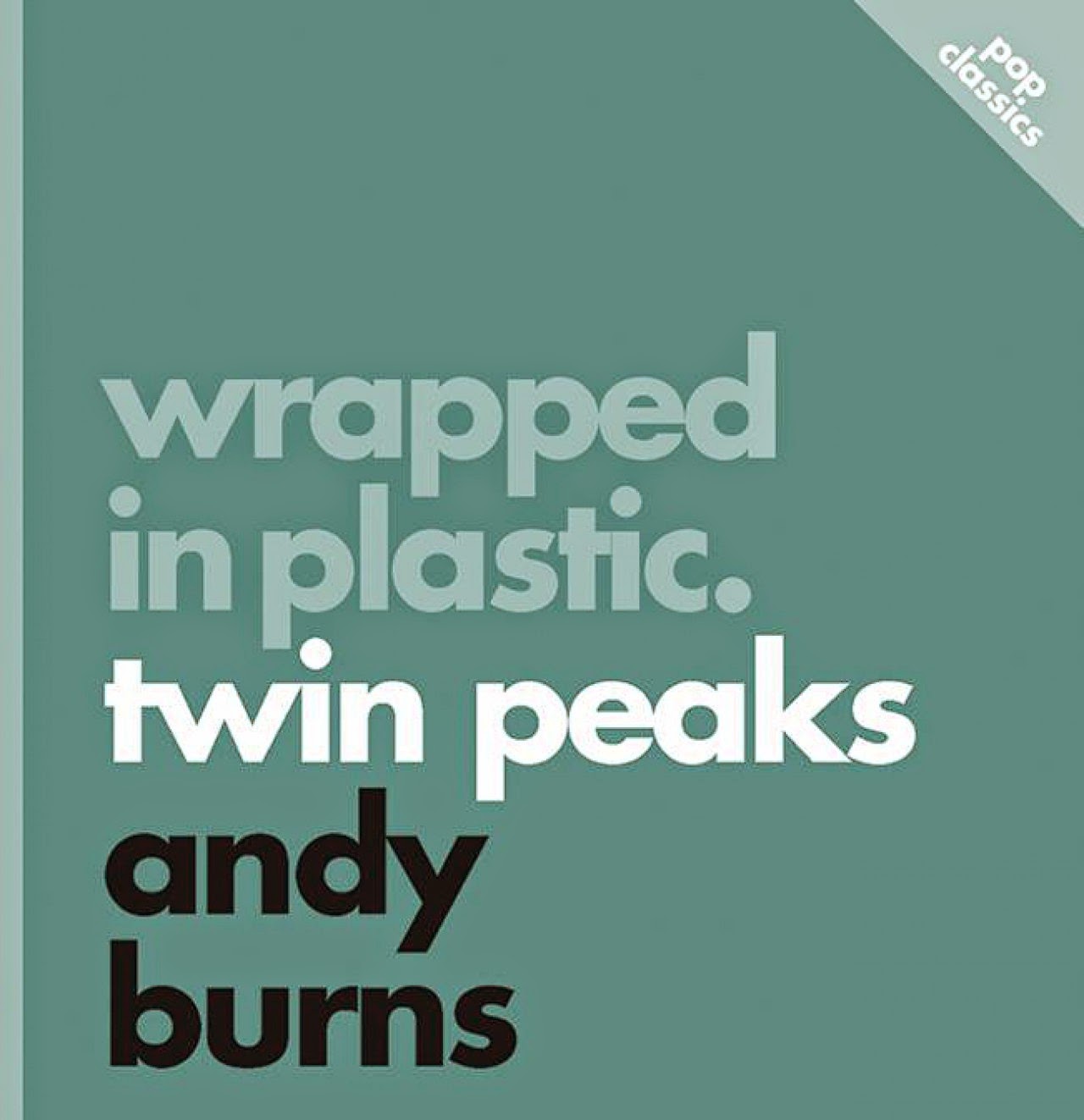 With Twin Peaks, the duo entranced audiences with the seemingly idyllic town, its quirky characters, and a central mystery — who killed Laura Palmer? In a town like Twin Peaks, nothing is as it seems, and in Wrapped in Plastic, pop culture writer Andy Burns uncovers and explores the groundbreaking stylistic and storytelling methods that have made the series one of the most influential and enduring shows of the past 25 years

I have my book out, Roof Oasis book one of an apocalyptic tale with a twist. 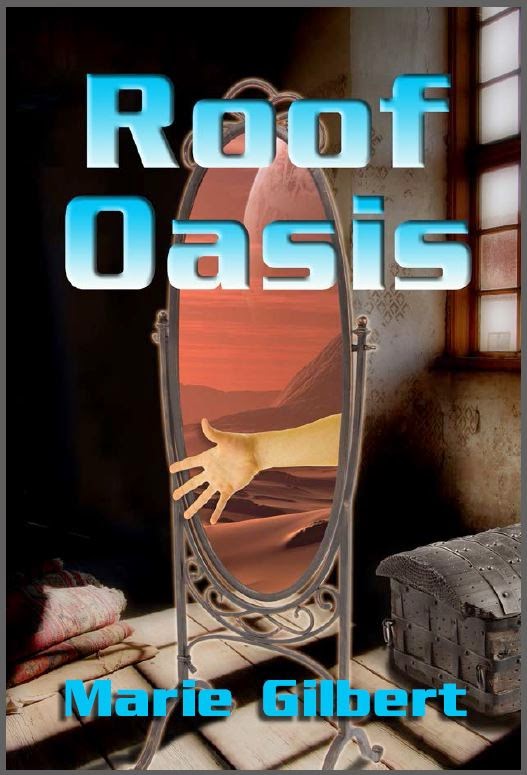 Think Romeo & Juliet meet The Walking Dead written by Jules Verne http://tinyurl.com/nmdl27e   I'm working on book two Saving Solanda which will be out in the summer of 2015

As far as world news, the lower that rat shit terrorist group called ISIS, the greed of Wall Street, the destruction of the Middle Class, Obama Care, GMO’s and the disgusting and dangerous practice of FRACKING along with the latest outbreak of the contagious Ebola Virus were the big topics around the water coolers and kitchen tables. I send my sympathies to the families who were infected in West Africa and here. 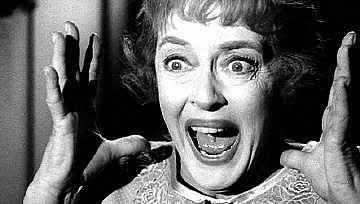 I could write about the buffoonery that went on in Congress, but I’m already taking too many pills for acid indigestion as it is. Enough said. Let’s hope that 2015 will find our world leaders using more common sense and our private citizens using fewer guns.