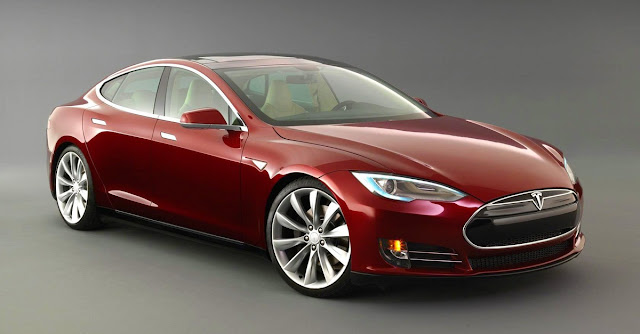 One of the nine grandchildren, Joshua, is planning on joining the Navy. His older brother is already serving in the U.S. Marines. Joshua and I are big fans of Nikola Tesla who is the genius behind alternating current electricity. 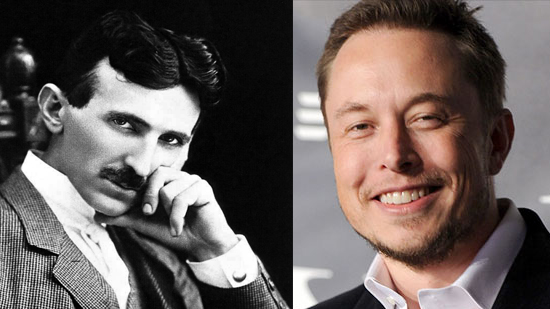 Joshua and I are also big fans of Elon Musk, the brains behind Space X, PayPal and Tesla Motors. My grandson plans on working for Space X as an engineer when he is finished serving in the Navy.
Tesla Car
The other day, my grandson asked his ole granny if she would like to ride up with him to test drive a Tesla. This car is 100% electric. The Tesla uses no gasoline and doesn’t have a gasoline internal combustion engine with hundreds of moving parts that can break. There are no emissions, none! Holy wow! I just felt the planet take in a deep breath of clean air. 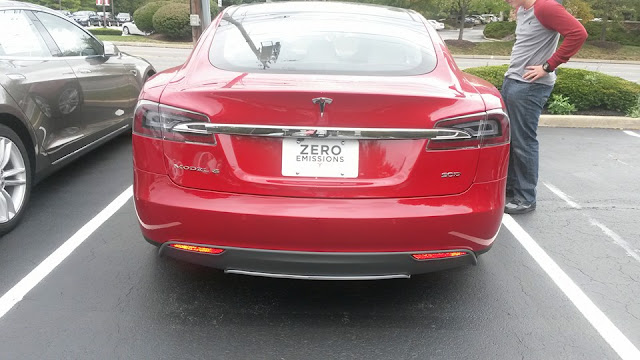 As soon as we reached the dealership in Devon Pa, Josh and I walked around the lot to check out the cars. I already have my future car picked out.  Once we entered the showroom, I was immediately impressed with the sleek, futuristic, and spotlessly clean area. Chris, the salesperson who greeted us, took his time explaining everything about the car: the battery which is the length and width of the car; about the four-wheel and all-wheel drive and, the dual motors.  You should just watch the video because it does a better job of explaining.   http://www.teslamotors.com/models 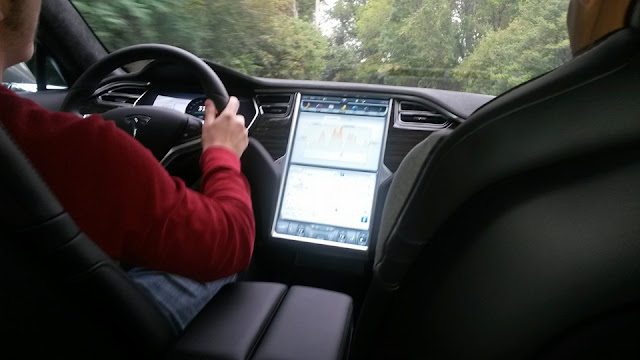 Chris took us on a test drive. I sat in the back while Chris explained some of the special features. The thing that caught my eye was the granny size computer on the dashboard. I do a lot of driving back and forth for my book signings and I use my smart phone’s GPS. I’m always squinting to see what is on the screen. I won’t be squinting with the Tesla screen.
As we drove I noticed something peculiar. There was no noise. It was silent other than Josh and Chris talking. This car is fast, too. Chris directed us to an area where it was safe to go fast. He told Josh to come to a stop and then floor it. Within four seconds, the car went from 0 to 72. In Disneyworld there is a ride called Mission Space where you get to experience the effects of a rocket taking off from Earth. I can safely say I was experiencing maximum g-force during the time Josh touched the pedal on that back road. I freaking loved it. 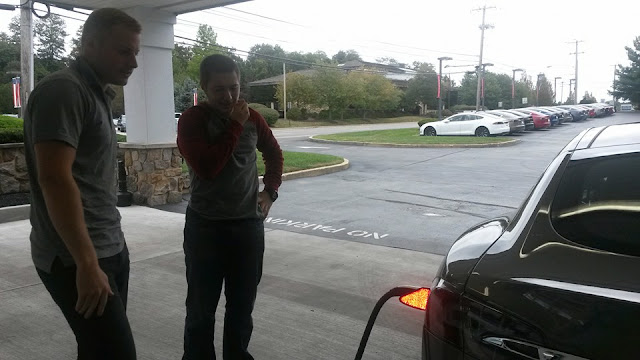 Since the car is 100% electric, you just plug it in at the end of the day. And, don’t worry about finding chargers. Tesla Motors and Elon Musk are making sure that there will be enough supercharging stations across these United States. You know what that means, right? I can drive straight to Napa California. Here I come, Jane! 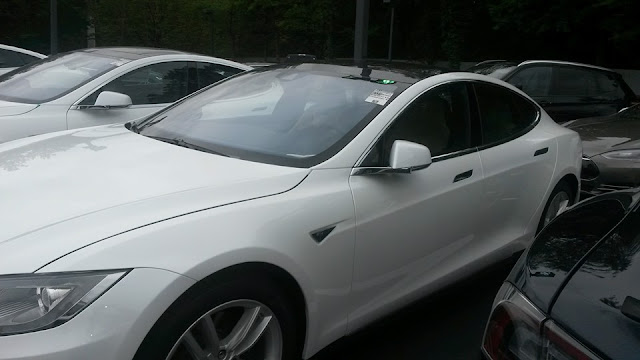 I hope I sell a lot of books because I want to buy that car. You can get a used car for less, but I want the one I saw in the lot.