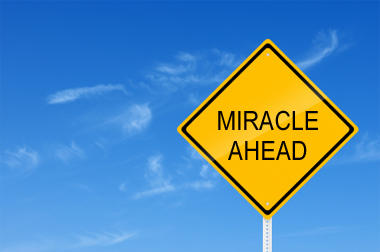 Do you believe in miracles? What exactly are miracles and do you have to be Christian to witness one?
Definition of Miracle: an effect or extraordinary event in the physical world that surpasses all known human and natural powers and is ascribed to a supernatural cause: a work of GOD; a wonder.
Origin: from the Latin miraculum “object of wonder”
Miracles do exist and they are experienced around the globe by many cultures and religions, so I’m sorry to break the news to all you Christians out there, but GOD doesn’t play favorites with HIS creations and miracles have been reported before the time of Christ.
There are people who don’t believe in miracles, or don’t understand the true meaning of the word. They rely entirely on what science tells them, which is kind of funny since I’ve always felt that science reveals the hidden miracles that surround our daily lives.
Although I have disconnected myself from organized religion in order to strengthen my connection to GOD, I not only believe in miracles, but have experienced a few during my lifetime. When you have psychic abilities, you are aware of so much that goes unseen or unnoticed in this hectic world. 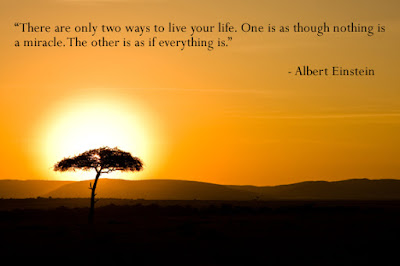 The Christian will point to Jesus and his many miracles to defend their belief that miracles are real. The non-believer claims that Jesus’s miracles can be scientifically explained. Yeah, we know more about the world around us thanks to science, but science can’t explain how Jesus raised Lazarus from the dead, or how he healed the blind.
Why don’t we see more miracles today?
Maybe, we’re looking in the wrong places. We are the miracles, along with everything that exists in the universe. When GOD gave the command “BE” the universe, planets, stars, and life itself, began to evolve all over the place. Earth at one time was a most uninhabitable place to be, but thanks to GOD, who is the original universal scientist, evolution happened and here we are! Now that’s what I call a miracle. The fact that we haven’t blown up this planet is another miracle.
Recently, this 2013 video was all over Facebook about a miraculous event that involved a horrendous accident that caused a young girl to be trapped in her car. The rescue workers were unable to cut her away from the wreckage. She was dying until she was saved by a stranger who prayed over her. The rescue workers claimed this mysterious man appeared from no where and, after the workers were able to finally free the girl, he was gone.

Now, the story was listed as a miracle and it should be. People working together to help each other is always a miracle, especially, since it is so easy to walk away. Later, a priest admitted to being that mysterious stranger. Why didn't he stay around? Why did he leave so quickly? Does this diminish the miracle of that girl surviving the accident?


No! A miracle is a miracle! But, maybe we should be honest on what a miracle is and, how often it occurs. We, and I am speaking about every woman, man, child, animal, plant, the earth, the planets, the stars; you get where I'm going, right? Everything that has been created from the beginning of time to whenever the Creator decides to close shop, are all connected by a universal force that is stronger than all of us put together. This force binds us together and when we look out for each other, care for each other, protect each other, miracles happen.

If you want to find angels, you don't need to look far. They are here with us. We need to stop hating each other long enough to see them. They watch over us, sure, but we have this thing called free will. It is a double-edged sword. The angels will step in when we allow them to, but most of the time; we don't.

We can make our own miracles happen, every day. We only need to care! Jesus cared, yeah he was the son of GOD, but he cared about us and, he did many miracles. So, here is my plan. Instead of looking for miracles, we are all going to make miracles happen. We can do it. We are part of the universal force.