Keeping Drama Out of Your Life 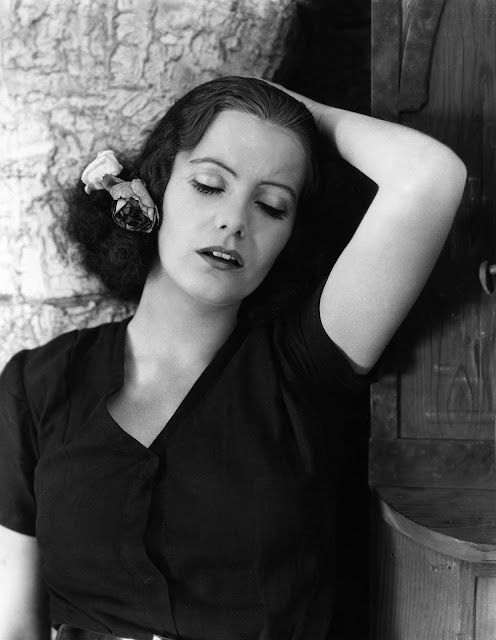 Drama: a composition in prose or verse presenting in dialogue or pantomime a story involving conflict or contrast of character on stage or play. I love this photo of Greta Garbo, an actress who did drama, royally.
Drama: Letting ego control our lives; allowing others to influence our lives by participating in situations that are better left alone. Translation: an event or situation that should only be wrangled with a ten-foot-pole, like the ones they use to snare a wild mountain lion or a dog with rabies. 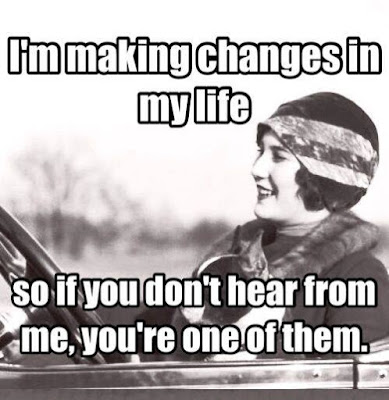 Drama: is connected to negativity and I’ve already covered in an earlier post how one should protect one’s self from negative people. When we are around negative people, we lose some of our power. It is a dangerous and toxic form of entertainment. So why do we do it? Why do we allow ourselves to become involved in other people’s “Drama”? Are we bored? Do we feel obligated to help? Are we practicing for canonization into sainthood?
To Speak or not to Speak
We are not the Dali Lama, or the Pope, or Stephen Hawking. We don’t know everything! We certainly don’t know what’s in another person’s heart or mind. We’re not Judge Judy and since we’re not, it’s not our place to pass judgment on a situation that does not involve us. The only proper reply to give, when someone tries to drag you into an ongoing battle by asking your opinion is and, I’ve listed three:
1. “I don’t know what to say.”
2. “I don’t want to give an opinion or advice until I hear both sides of the story and, it’s been presented to the United Nations delegation.”
3. “I don’t know what to say.”
Advice
I’ve learned over my many lives (Yes, I feel that I’ve been here before in the role of teacher. And, I don’t care if you believe me because I’m not into drama) that the only people who will actually listen to your advice are people under the age of seven. After a person passes the age of seven, unless they’re grandchildren with whom you have a close relationship with, they basically don’t want your advice. 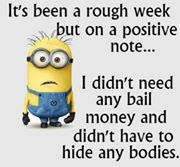 Now, if someone asks for your advice, you can hold up a poster board detailing a list of do’s and don’ts which I’m pretty sure would go over like a lead balloon, or...you can tell the person asking for advice what you did when faced with a similar problem and, what the end results of your decision were. Then you keep quiet.
Survival Tips
We all have that one family member or friend that suffers from Royalty Syndrome. Princess Lena wants to know why the other subjects in her kingdom are keeping secrets from her, or Prince Froggy wants to know why he’s not invited to the pond for a fun night of beer and football games with the other frogs. They call you up and moan on and on about how they’re not understood or loved by all, but while they prattle on, your blood pressure is rising and you’re now feeling depressed. Negativity drains your power. 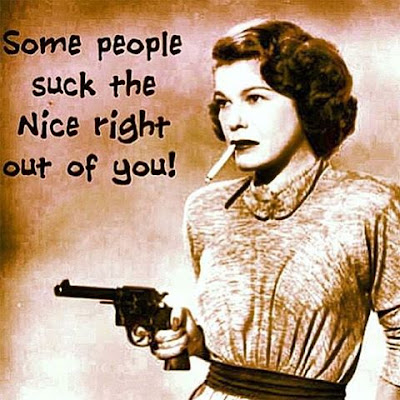 The World will not end if you can’t solve another person’s social ills. You can listen to your friend or family and be compassionate about their woes, but do not engage in their dramas: no advice; no gossip, and definitely, no interventions! We can’t save everyone.
When friends or family, over the age of seven, are fighting, you need to stay neutral and, this means in your words and your actions. I know nothing, I see nothing, I hear nothing. 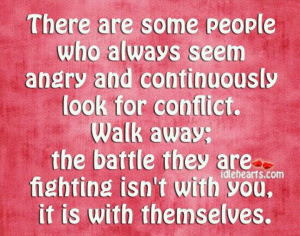 Don’t take sides and don’t be manipulated because there are emotional vampires who feed on drama. They might not even be aware they are causing havoc in their circle of friends and family, but they are.
Learn to step back. It is not your battle. It’s not about you. Let the drama die a quiet death.

Posted by Marie Gilbert at 5:05 PM