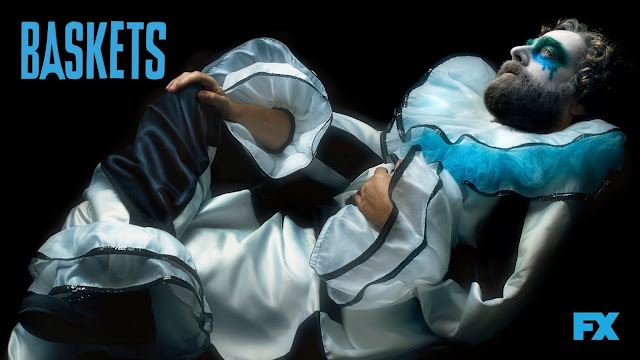 I’ve seen the trailers for the new series on FX for Baskets, but until last night, I haven’t had a chance to watch the show featuring Zach Galifianakis, who plays the part of Chip Baskets. Zach not only stars in Baskets, but is the co-creator, executive producer and writer.
Plot
Baskets is a dark comedy about a man who dreams of being a French clown, but after failing to dazzle the French, he moves back home to Bakersfield to work as a rodeo clown. His family’s reaction to his choice of life career is hilarious. 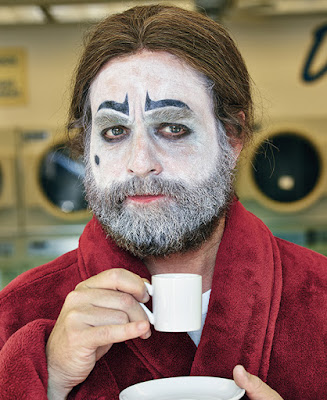 Chip has to compete with his siblings while jostling for his mother’s affection. Zach Galifianakis plays a duel role playing Chip and his brother Dale, another loser who promotes his owns business but to tell you the truth, I’m not exactly sure what type of business school this is. Chip is married to Penelope (Sabina Sciubba) a French woman who has no time for Chip and only married him to live in America. 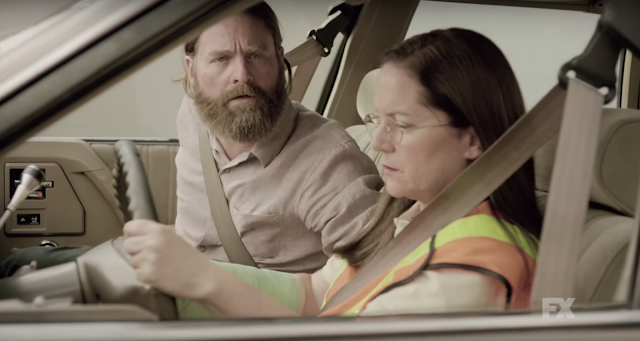 There are other characters that are just as enjoyable in their weirdness like Martha Brooks (Martha Kelly) a bottom-of-the-rung insurance agent who becomes Chip’s friend after his scooter accident. She hangs out with the obnoxious Chip even though he is rude with her and uses her. Another character that I love is Christine Baskets (Louie Anderson) mother of Chip and Dale.
Conclusion
I’m not a big fan of Zach Galifianakis, but this series might change my mind. Zach plays his character as snobbish French performer who suffers from the lack of appreciation he so rightly deserves. His attempts at making his job as a rodeo clown seem more in line with the Cirque Du Soleil is downright funny. 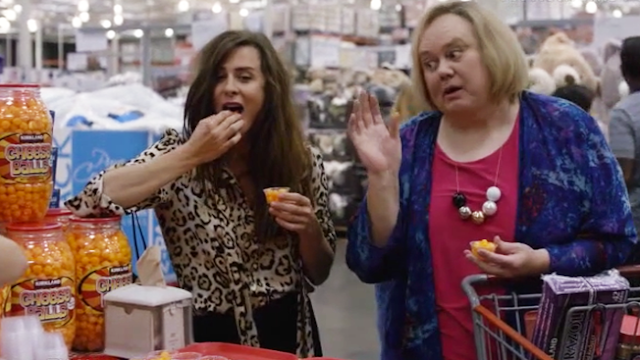 I’ve only seen the first two episodes, but when I was trying to explain the show to my husband, I said that Baskets reminds me of one of my most favorite comedy series, Seinfeld. Watch it and tell me if you agree.
Posted by Marie Gilbert at 6:52 AM