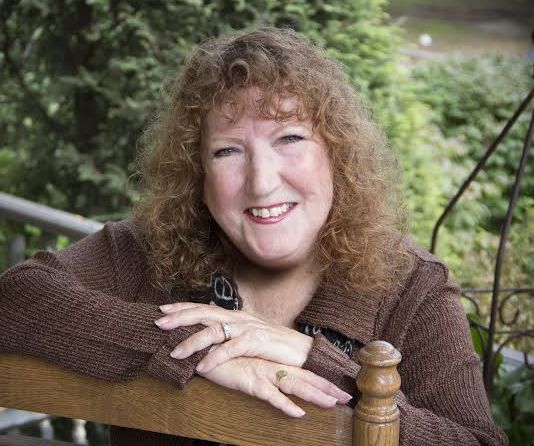 This past October while doing a book signing at the Collingswood Book Fair, I met an interesting writer who told me about a book she was working on. Author L.C. Bennett Stern has finished her first novel about her grandfather who was a Philadelphia Police Lieutenant. Join me now as I interview Linda and find out more about her book, Bosses and Blackjacks: A Tale of the ‘Bloody Fifth’ in Philadelphia”


Gilbert: Hi Linda, tell me a little bit about yourself and where you grew up


L.C. Bennett Stern: I was born in Philadelphia, Pennsylvania, but moved with my mother and four older siblings to southern New Jersey when I was almost four years old. I grew up here, married here, had two children, divorced, married again, and raised my daughter and son right here, across the Delaware River from Philly. (The nut doesn’t fall far from the tree.) I’m a backyard birder, amateur photographer, political junkie, lover of animals and my very large extended family, and have managed to maintain my sense of humor throughout my life. Oh yeah—I also write.


Gilbert: What led you to write about your grandfather?


L.C. Bennett Stern: When I was pregnant with my first child, one of my sisters and I began investigating our family history by going to the Philadelphia Free Library. There, we discovered our paternal grandfather (whom we never knew) had been a Philadelphia police lieutenant who became embroiled in a political scandal involving the mayor of the city, a state senator, and a U.S. Congressman. A murder by imported New York mobsters of a special police officer on Primary Election Day in 1917 led to the arrest and trials of the mayor, my grandfather, and five of his men. My sister and I agreed there was a book in there somewhere, and I decided to take on the task of writing it. “Bosses and Blackjacks: A Tale of the ‘Bloody Fifth’ in Philadelphia” is the result. 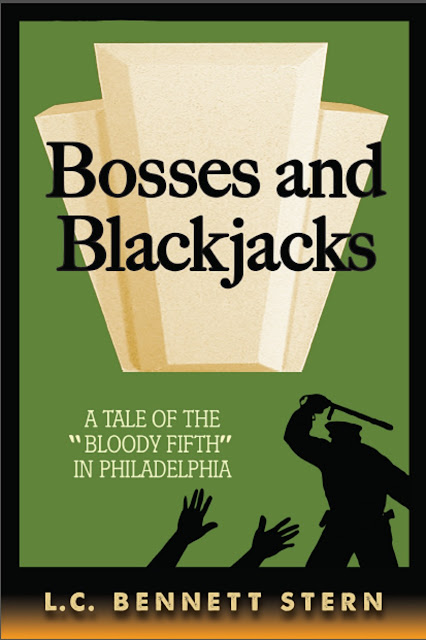 Gilbert: Did you have to do any fact checking to make sure that the story was historically correct?


L.C. Bennett Stern: I researched extensively through Ancestry.com, the Chester County Archives and Records Services, the City of Philadelphia Department of Records, GenealogyBank.com, and the “Philadelphia Inquirer” and “Evening Public Ledger” archives. I must have read at least a thousand newspaper articles. I’m not kidding—it took me more than three years to complete this book! I loved reading the old newspaper reports, but it was easy to get side-tracked by a compelling headline having nothing at all to do with what I was looking for at the time. I admit going down that rabbit hole on more than one occasion!
Gilbert: How do you think the Philadelphia Police Department is different than other cities?
L.C. Bennett Stern: I don’t know that it is any different from other big cities today. During the period of time covered in my book (1904-1919) however, police departments in major cities, like New York, Chicago, and Philadelphia were all run by the city bosses. For instance, in Philadelphia, the mayor had complete control over the police and fire departments. He could appoint, reassign, or fire anyone he chose. Buying loyalty through appointments to certain positions in the city’s government was commonplace. Through the “Committee of Seventy” (a group of concerned citizens, which still exists today) the cronyism has been replaced with civil service exams and the like.


Gilbert: Is this your first book?


L.C. Bennett Stern: Yes it is. But, it will not be my last. I enjoyed the process involved in producing a book. I’ve learned it is not possible to accomplish such a large project alone. A very necessary ingredient is a professional editor; and in my case, a book cover artist and interior formatter were definitely required.


Gilbert: What are your future plans on writing? Is there another story that you would like to tell?


L.C. Bennett Stern: There is always another story to tell!


I have already begun my next book (untitled) about a young Jewish girl moving out west on her own at the end of the nineteenth century. This story will be loosely based on a true tale about one of my grandfather’s older sisters. It appears that I either enjoy historical research, or I’m just a glutton for punishment!


Gilbert: Thank you, L.C., for doing this interview. I can’t wait to read the book, especially because I am a South Philly girl. My readers can find L.C. Bennett Stern’s book on the site below.


“Bosses and Blackjacks: A Tale of the ‘Bloody Fifth’ in Philadelphia”
Author:  L.C. Bennett Stern
Available now on Amazon—